A law firm that fights for religious liberty is praising a federal judge in Ohio for granting all members of the Air Force relief from Joe Biden's shot mandate.

U.S. District Court Judge Matthew McFarland in Cincinnati has granted a temporary restraining order (TRO) for the entire class of the U.S Air Force against the Department of Defense COVID shot mandate. According to attorneys at Liberty Counsel, which had filed suit, thousands of airmen were about to be discharged after the Air Force denied their religious exemptions.

"Every Air Force and Space Force member as well as the Air Force ROTC and the Air Force Academy Cadets – basically everybody affiliated with the Air Force who has requested a religious accommodation and been denied – now has injunctive relief so that they cannot be punished for merely requesting that they be accommodated for their sincere religious beliefs," Schmid says. 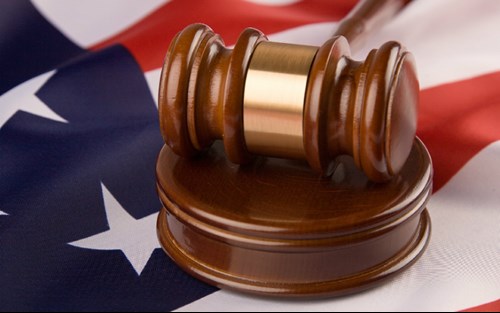 The restraining order issue yesterday is valid until the case makes its way through the courts. Each applicant had a chaplain confirm that they were, indeed, practicing a faith and that their convictions were sincerely held. The Air Force has until July 21 to file a brief arguing why the TRO should be lifted.

Schmid contends the government doesn't have a compelling argument to force the shots on anyone – because "the reality is they don't work," he says.

"This policy that everyone needs to have one and it protects the military is nonsense," says the attorney. "Not only is it unlawful to force them to choose between their faith and their honorable service, it's ridiculous to require it anyway because the shot doesn't work. The evidence is in – there's no question about it anymore: it doesn't work."

As AFN reported on Thursday, Dr. Anthony Fauci with the National Institutes of Health has admitted data shows that because of the high degree of transmissibility of the coronavirus, the vaccines "don't protect overly well against infection" – but he added that they "protect quite well against severe disease leading to hospitalization and death."

An attorney for a law firm that has been speaking out against the idea of court packing says it's "tragic" that the majority of a major political party wants to abolish the Supreme Court.