Left-wing threats grow bigger, and crazier, over end of Roe

A fence around the U.S. Supreme Court building closed the area to the public after a leaked draft opinion was published. This week, a leaked memo from the Department of Homeland Security says threats from abortion supporters include killing the justices and burning down the building.

The unhinged Far Left is threatening to kill the conservative justices on the U.S. Supreme Court, and burn the historic building to the ground, but one of those black-robed luminaries says he is most disappointed in the hateful national media that has targeted him for decades.

A leaked memo from the Dept. of Homeland Security, first reported this week by news website Axios, says law enforcement authorities are aware of social media posts threatening the lives of the justices, their court clerks, and also to places of worship and abortion clinics.

Axios obtained a May 13 memo in which Homeland Security warned of white supremacist-linked violence by anti-abortion protesters – a claim that is not surprising from the Biden administration – but the article goes on to acknowledge the federal agency is aware abortion supporters are threatening violence, too. 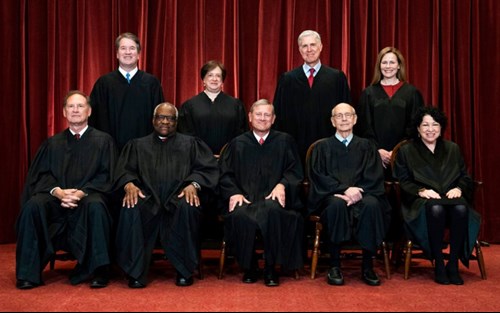 Such threats are “likely to persist and may increase leading up to and following the issuing of the Court’s official ruling,” the memo states, referring to the Dobbs abortion case.

AFN has reported Democrats are using the leaked draft opinion from the Supreme Court to rally their base for street protests and marches, even in front of the justices’ own homes, over the threat of losing their sacred-like Roe v Wade abortion ruling.

More recently, the left-wing “Women’s March” announced March 15 was the beginning of its “Summer of Rage” for what it calls “rage for Roe all summer.”

The leaked opinion, which represented an unprecedented breach of protocol, was first reported by Politico in a May 3 story that suggested five justices are expected to represent a 5-4 ruling in the Dobbs case. The 98-page draft majority opinion was written by Justice Samuel Alito.

AFN reported in a May 9 story that the office of Wisconsin Family Action, a right-leaning conservative group, was firebombed by a Molotov cocktail and threatened (pictured below). That attack happened in Madison, a mecca of Marxist activism, where a group named Jane’s Revenge eventually claimed responsibility and threatened more violence. 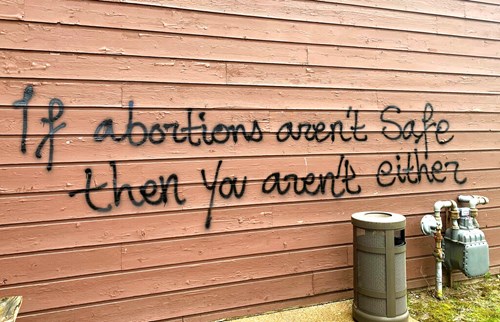 The attack on the WFA building was followed just days later by a man caught on video vandalizing the headquarters of Concerned Women for America, a right-leaning group headquartered in Washington, D.C.

Penny Nance, who leads CWA, told Fox News the man is a “leftist activist” who was already known to CWA because he has a history of taunting the staff, but it appears his behavior has “escalated” which she tied to the leaked draft opinion.

The irony of the back-to-back attacks is both conservative organizations hold pro-life views but neither of them state abortion as their main focus, such as groups Live Action and National Right to Life. Yet they were attacked anyway.

Hugh Brown, who leads the pro-life group American Life League, tells AFN the plain fact is abortion ends the life of a child, a growing human being, inside the womb.

"Anyone that supports anything different is lying and is deceptive," he argues, "and is simply trying to justify the killing of children."

Rob Chambers, a spokesman for the Mississippi-based American Family Association, tells AFN he was pleased to learn U.S. Rep. Mike Johnson (R-La) has introduced a resolution condemning the abortion supporters marching in front of the homes of the five justices.

Federal law prohibits tactics that intimidate a judge but the U.S. Department of Justice is not enforcing that law, Chambers says.

"It is against federal law to try to force a judge to render an opinion," he points out. "The radical Left wants the conservative justices, for example, to rule in favor of abortion."

Over at the venerable New York Times, longtime liberal columnist Maureen Dowd blamed the likely overturning of Roe on the court’s Catholic justices. Her column “Too Much Church in the State” conveniently ignores the constitutional arguments from Justice Alito and blamed the religious beliefs of the now-hated justices.

Reacting to Dow’s anti-religious argument, Christian apologist-author Alex McFarland says it doesn’t take a legal scholar to understand Alito is contending with the argument that abortion is protected by the U.S. Constitution. That claim was made by the 1973 ruling and is one that abortion supporters have chanted for five decades. But the real argument is not about legal rights, he says.

“Their entire strength and influence,” he says of abortion supporters, “is given over to the legality of killing infants.”

In light of the leaked court opinion and threats of violence, Justice Clarence Thomas told an audience last week he blames the national media for failing at its job as he looks back on his long career on the high court. He took a seat on the esteemed judicial body in 1991. 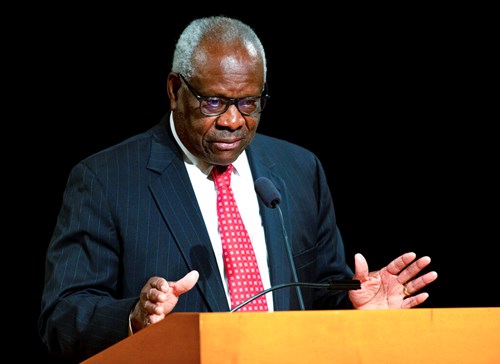 Thomas, who is now longest-serving current justice, has been the victim of decades of media hit jobs and even racist analysis by hateful Democrats, Fox News pointed out. That most recently included a Washington Post article from February that suggested Thomas’ legal thinking mirrors that of a “white conservative.” The article was later changed.

“One of the things I’d say in response to the media,” Thomas told the friendly audience, “is when they talk about, especially early on, about the way I did my job, I said, I will absolutely leave the court when I do my job as poorly as you do yours. And that was meant as a compliment, really.”

Regarding the leaked draft opinion, Thomas called that back-stabbing act “tremendously bad” in a C-SPAN interview. He wondered aloud “how long we’re going to have these institutions at the rate we’re undermining them.”

Curtis Houck of the Media Research Center tells AFN that Thomas and four other embattled justices on the high court are demonstrating good moral character during dangerous times.

“They are firm in their convictions,” he says. “They are blessed by all the many things that God has given them, and [by] their families, and they are stable in who they are.”

“In this business, right is still right,” Justice Thomas once told a Heritage Foundation audience, “even if you stand by yourself.”

Litigation may occur if a Wisconsin middle school does not follow through with a request from attorneys.