Subscribe
Staver: Pentagon must be blocked now from imposing jab on entire military

Staver: Pentagon must be blocked now from imposing jab on entire military

Liberty Counsel is praising a ruling by a federal judge preventing an Air Force Academy cadet from being kicked out of school for refusing to take the jab – and is asking that same judge to issue an injunction that would protect every member of the U.S. armed forces from being forced to take the jab.

On Monday, Federal Judge Steven Merryday granted a temporary restraining order in Navy SEAL 1 v. Austin for a U.S. Air Force Academy cadet who faced immediate discipline after being denied his appeal for a religious accommodation from the COVID shot mandate. The preliminary injunction hearing is scheduled for April 28.

The unnamed cadet, according to Liberty Counsel, believes that God has called him to serve in the Air Force – but also holds a sincerely held religious belief that he shouldn't receive any of the COVID shots because of their connections to abortion. Liberty Counsel is representing that cadet.

Mat Staver, founder and chairman of the law firm, categorizes Merryday's decision as a "good" one because it prevents the Air Force from discharging or disciplining the cadet or taking retaliatory action because he refuses to take the injection. And he tells AFN it's the goal of the Biden administration to purge from the military every person with a religious exemption request.

"We're working to stop that implementation of this purge – but it's across all branches, whether you're in the top of your class as a cadet … or whether you are an experienced member of the services who has 20-25 years' experience," he explains.

That's why Liberty Counsel has filed a memo calling on Judge Merryday to issue a class-wide preliminary injunction to provide relief from the unlawful shot mandates being imposed on service members in every branch of the U.S. military. The Florida-based legal group currently represents more than two dozen plaintiffs from all branches of the military who were denied religious exemptions from the mandate.

"We are continually getting one injunction after another," says the LC founder, a clear reference to a recent one involving a U.S. Marine Corp captain. "But we need to get a class-wide injunction to protect every person in the military [because we] represent about 30 plaintiffs [and] we can't go back to the court 20,000-some times."

The military has no basis for pressuring, abusing, and unlawfully violating the religious rights of the troops, Staver argues. In addition, he says they clearly are violating the federal Religious Freedom Restoration Act.

"It's a cookie-cutter template denial system," he accuses. "They're not showing a compelling governmental interest or the least restrictive means to the person under RFRA.

"So [we're asking Judge Merryday to] issue the same relief that some of these individuals have received; thankfully so, to every person who's similarly situated. That's what our goal is [and] that's what we will also be bringing up again before the judge later this week."

According to Liberty Counsel, at least 24,000 religious accommodation requests have been filed thus far. And while that number continues to grow, Staver claims "they're all being denied." 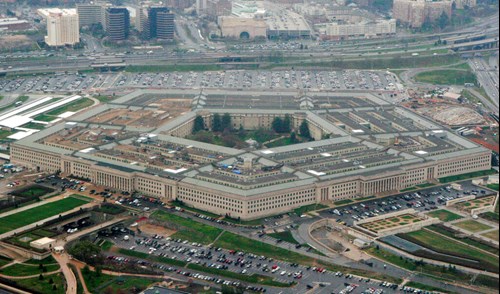 Liberty Counsel has provided the following sample of the consequences facing plaintiffs in Navy SEAL 1 v. Austin who are seeking a religious accommodation:

An immigration watchdog is praising a federal judge’s ruling that upheld Title 42 because it says the Trump-era rule is holding back a flood of illegal immigrants.