An immigration watchdog is praising a federal judge’s ruling that upheld Title 42 because it says the Trump-era rule is holding back a flood of illegal immigrants.

President Joe Biden and his advisors planned to end the pandemic-related policy May 23, a plan that has alarmed even some Democrats who have witnessed their own political party dismantle Donald Trump’s border enforcement and now handcuff the U.S. Border Patrol. 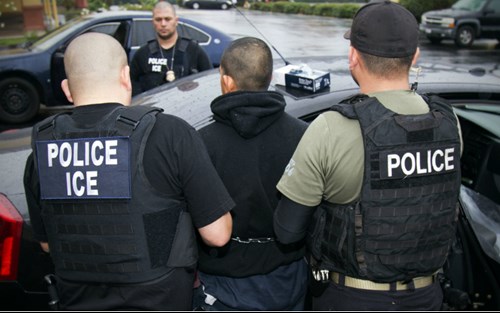 On Monday, however, a federal judge issued a temporary restraining order that stops the U.S. Centers for Disease Control from terminating Title 42 in four weeks. The order came in response to a lawsuit filed by three states: Missouri, Louisiana, and Arizona.

“We applaud the Court for approving our request for a Temporary Restraining Order to keep Title 42 in place," Mark Brnovich, the Arizona attorney general, said in a statement. "The Biden administration cannot continue in flagrant disregard for existing laws and required administrative procedures."

The ruling delays what even Homeland Security officials predicted would allow an unprecedented rush of illegal immigrants to the U.S.-Mexico border.

Spencer Raley of the Federation for American Immigration Reform tells AFN the ruling is “extremely important” to FAIR after the group has witnessed Biden open up the border like never before.

Jessica Vaughan, director of policy Studies at the Center for Immigration Studies, calls the ruling “huge” because it suggests the judge agreed states are being harmed by the open-borders policy.

“It suggests that the federal court found the states made a convincing argument,” she observes, “that lifting Title 42 would worsen the illegal immigration problem that we have now at the border, which has been the result of Biden's loosing of immigration policies and in particular Title 42."

The shot mandate: Victory for a Marine, waiting game for a cadet

A law firm that fights for religious liberty is praising a ruling by a federal judge preventing a Marine officer from being punished for refusing the COVID jab.