Subscribe
Is a 'woke' justice destined for the high court?

Is a 'woke' justice destined for the high court?

A pro-Second Amendment advocate is concerned that President Joe Biden is going to replace retiring Justice Stephen Breyer with someone "crazy" on the Supreme Court.

At a joint news conference last week at the White House, liberal Associate Justice Stephen Breyer – a Bill Clinton appointee – confirmed that he is retiring from the U.S. Supreme Court. President Joe Biden praised Breyer for his years of service and his role in supporting liberal causes – and said he's already reviewing candidates to replace Breyer and confirmed it will be a black woman.

One area where Democrats in Congress have remained unified is on Biden’s judicial nominations, helping him appoint the most judges during the first year of a presidency since John F. Kennedy. And a unified front to fill the upcoming vacancy on the high court could help them stay on the offensive going into November after a year of repeated legislative failures for Biden's domestic agenda.

Rep. Jim Clyburn (D-South Carolina) is making a forceful case for his preferred choice, U.S. District Judge J. Michelle Childs (pictured below), a jurist from his native South Carolina. Clyburn is the one who suggested during the 2020 campaign that Biden should pledge to put the first black woman on the Supreme Court – which candidate Biden subsequently did during a presidential debate. 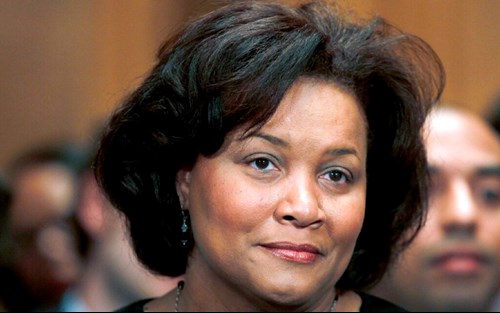 "Judge Childs has everything I think it takes to be great," Clyburn has stated.

In addition, neither of the two Republican senators from the Palmetto State – Lindsey Graham and Tim Scott – seem to have any qualms about her qualifications should she be nominated.

"In the history of our country we've only had five women serve and two African-American men. So let's make the court more like America," Graham said on CBS over the weekend. "But qualifications have to be the biggest consideration, and as to Michelle Childs, I think she's qualified by every measure."

The support of Graham and Scott would be an enticing prospect for Biden, offering the possibility of a pick that could satisfy the party and also win bipartisan support. In addition, two other Republicans – Sens. Susan Collins of Maine and Lisa Murkowski of Alaska – have voted for a significant majority of Biden's judicial nominees.

But Mike Hammond, legislative counsel for Gun Owners of America, has concerns about whoever it might be that Biden names.

"[Justice Breyer] certainly had consistently liberal views [regarding the Second Amendment], but you didn't see him screaming and casting aspersions on those people on the court who disagreed with him," Hammond tells AFN.

"I think there is a danger that Biden is going to nominate, to coin a word, a crazy: someone who has a record of outspoken vitriol and attacks against people who disagree with her."

In addition to Childs, early discussions about a successor include California Supreme Court Justice Leondra Kruger, as well as Ketanji Brown Jackson, a former Breyer clerk who is now on the U.S. Court of Appeals for the District of Columbia Circuit. The Associated Press reports that Biden is also looking at U.S. District Court Judge Wilhelmina Wright from Minnesota, and Melissa Murray, a New York University law professor who is an expert in family law and reproductive rights justice.

Biden says he will announce his selection by the end of February.

In the latest example of a far-left district attorney perverting justice, a man convicted of sexually assaulting a 10-year-old girl will serve his time in a juvenile facility where he will be housed with female teens because he identifies as a female.