CA parent lawyers up to stop secretive indoctrination of children

A mother is alleging public school teachers tried to convince her 11-year-daughter she is a boy, and is suing those she holds responsible, but an attorney representing the mother says other parents are telling stories of the damage done behind their backs in their local public schools.

Jessica Konen told Fox News that two middle school teachers at Spreckels Union School District pushed her daughter to change her gender, change her name, and changer her pronouns without her knowledge.

"I'm going to make sure,” Konen vowed, “that this doesn't happen anymore.”

The two teachers being sued, Lori Caldiera and Kelly Baraki, are accused of using a “Parental Secret Policy” to hide their transgender-affirming counseling, The New York Post reported.

Center for American Liberty attorney Harmeet Dhillon, who is representing the mother in a lawsuit, told Fox News the teachers used an LGBT-themed club to coach the child and many other children.

“[They were] also coaching this child about things that are medical in nature,” Dhillon alleged, “like binding her breasts to make sure they don't grow as part of a transition process." 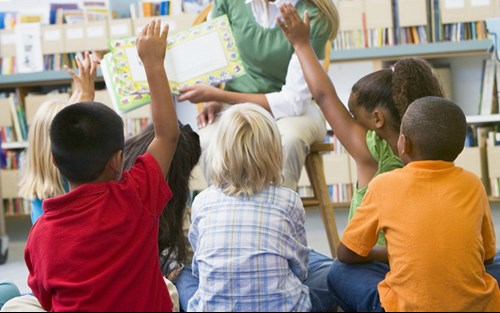 If those two teachers' names sound familiar to American Family News readers, it is because an eye-opening story from December 9 said Caldiera and Baraki were the featured speakers at an LGBT-themed meeting sponsored by the California Teachers Association meeting. The theme of the meeting was literally a how-to strategy on hiding LGBT issues from parents but audio of the conference was leaked to journalist-author Abigail Shrier.

At that meeting, held Oct. 29, Calderia boasted the Gay-Straight Alliance Club has “no records” and “no club rosters” of attendance. The reason for that, the teacher said, is so she can pretend to be ignorant if parents ask if their child is participating.

Baraki was recorded telling fellow LGBT-affirming teachers and school administrators she changed the name of the school’s Gay-Straight Alliance Club to the vague-sounding “You be You” to throw off any parents who became suspicious. The same teacher also described how they “stalked” students’ social media posts and Google searches to gauge their views on transgenderism.

Dhillon told Fox News the two teachers have been suspended pending an investigation but that is not enough. The school principal was involved, too, the attorney said, and needs to be held accountable. That is why the lawsuit was filed, she said.

After the mother's allegations went public, Dhillon said Center for American Liberty was flooded with “heartbreaking” stories from other parents who are dealing with the aftermath of innocent children being wooed and coached to believe they are transgender.

“The legal action we're taking here, on behalf of Jessica, is not just on behalf of her daughter, but ultimately to draw attention to this issue,” the attorney said. "And to make sure that other families don't suffer from this kind of targeting, abuse, conspiracy, (and) infliction of emotional distress that can be permanent on a young person and certainly their family."

After court ruling, law firm goes all in to defend entire Navy

After a federal judge ruled in its favor, a religious liberty law firm is amending its lawsuit defending a handful of U.S. Navy SEALs to cover thousands more sailors who are defying the Pentagon’s order to roll up the uniform sleeve for the COVID-19 jab.