It is no secret “woke” public school teachers believe students are clay-like models to mold into Marxist activists, and disapproving parents are the enemy of such progress, but an LGBT-themed teachers conference in California shed light on just how far teachers admit they are willing to go.

The strategies and tips for wooing children and lying to their parents came from an October 29 event called “Beyond the Binary” that was sponsored by the California Teachers Association. The behind-the-scenes strategizing would have remained secretive, too, except audio from the event’s speakers was leaked to journalist-author Abigail Shrier. She exposed it all in a bombshell story the named names and described their schemes.

Shrier’s exposure of the conference was helped by an appearance on Fox News, where she described the conference and its goal of hiding LGBT activism from nosy parents.

Laurie Higgins, with the Illinois Family Institute, read Shrier’s story about the conference and says teachers who led its seminars were clearly giving instructions about hiding their activism.

“How they can conceal their efforts to recruit kids into the Gay Straight Alliances,” Higgins says, referring to a controversial after-school club that a key topic at the conference. “How they can recruit kids without their knowledge. The tricks they use by not keeping a [club] roster.”

Shrier’s story quoted directly from one teacher-speaker, Lori Calderia. She told her audience of fellow teachers that the “Gay-Straight Alliance” club at Buena Vista Middle School has “no records” and “no club rosters” of its members. The reason for that, the teacher said, is so she can pretend to be ignorant if parents ask if their child is participating.

Calderia also stated she is responsible for overseeing the daily morning announcements at Buena Vista Middle, where she uses that authority to control what information reaches parents.

The daily announcements at Buena Vista Middle are handled by the teacher’s “team” of students who include two “non-binary” students and one who is “very fluid in every way," Calderia told the conference. 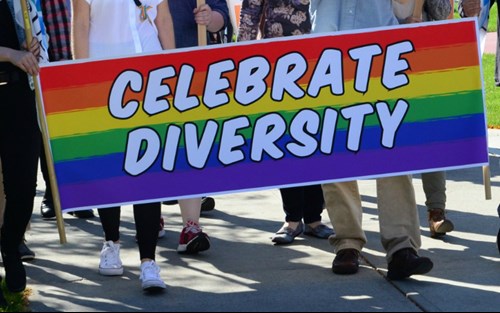 Citing more audio footage, Shrier states in her story that a second teacher, Kelly Baraki, advises fellow teachers that her school’s GSA club was named the “Equity Club” and later “You be You” to throw off suspicious parents aware of the GSA.

Both teachers participated in the workshop titled “How we run a ‘GSA’ in Conservative Communities.”

Shrier’s blockbuster story was noticed family-defending Ruth Institute and its founder, Dr. Jennifer Morse. Among the numerous revelations from the conference, Morse noticed the teachers admitted to “stalking” their own students by reviewing what topics they looked up online and even by listening to conversations they had in the hallways.

“The term ‘stalking’ isn’t our term,” Morse said. “The so-called educators admit to it themselves.”

Morse credited Shrier for exposing the conference in the Fox News interview but said the author erred when she insisted LGBT activists were not involved in the deception and lies.

“The ‘activist teachers’ are working hand in glove,” Morse warned, “with members of the LGBTQ group.”

Coast-to-coast backlash against the National Schools Boards Association is hurting the group’s bank account months after it targeted irate parents with a provocative letter that compared them to terrorists and asked the FBI for backup.