Public universities are using cutting-edge technology to monitor and document wrong-thinking students on campus but a civil liberties attorney says such bullying tactics are nothing new for anti-thinking authoritarians.

On the campus of Michigan State, a program called the Culturally Inclusive College Sharing System (pictured above) is being used to “track and respond” to incidents that detract from a “safe and supportive environment” on campus, states the website for the Office of Diversity, Equity, and Inclusion.

A similar system is used at the esteemed Harvard Medical School, where a form called the Bias-Related Incident Reporting allows students to submit complaints anonymously if a fellow student fails to reflect the school’s values of “diversity, equity, and inclusion.”

Those two student-monitoring programs are included in an eye-opening Campus reform article that documents the police state-like environment on college campuses across the nation. Much of the student-watching surveillance can be traced to the COVID-19 pandemic and to an effort to track and punish non-compliant students, the article states.

"This is basically putting Orwell's 'Thought Police' in control,” says attorney John Whitehead, who has defended Americans’ civil liberties for decades at The Rutherford Institute. “And it's a way to kind of enforce people to looking over their shoulder and afraid they're going to do something wrong."

That fear is certainly predictable at Michigan State, a sprawling 3,400-acre campus of 50,000 students. Those students and 5,700 faculty members can be accused at anytime of violating the vaguely-worded policy which includes “any and all forms of discrimination, bias, stereotyping, harassment, and assault.”

Going back generations, the typical college campus has been dominated by a far-left culture in classrooms and faculty offices. That has also meant, for example, that a Ronald Reagan-defending history professor and a black pro-life student find themselves in the outnumbered minority. But the current climate means the professor could be informed in a mandatory faculty seminar he is an “oppressor” because he is white. The pro-life student could be informed the students who destroyed her pro-life protest sign were triggered by her anti-abortion beliefs and were engaging in free speech.

Even the definition of “assault” at MSU is a vague term in 2021, since the fringe Far Left insists that words are a form of violence if they harm others such as transgender student who is “deadnamed” or "misgendered" by a professor.

Meanwhile, the Sharing System at MSU allows both the professor and the pro-life student to be reported for an investigation if they “intimidate, demean, mock, degrade, marginalize, or threaten” another person. 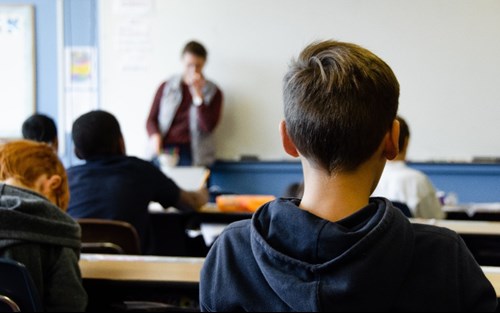 Ironically, the same report insists such surveillance encourages a "safe and supportive environment" but Whitehead says free thinking is being extinguished.

"We need thinkers,” he tells American Family News. “We need people who are willing to stand up and say, I disagree. I'm not putting up with this.”

There are some cases where outnumbered students and faculty bravely spoke up, and where the authoritarians unhappily backed down, Whitehead says, which is the way it should work when free speech is protected by the First Amendment, he adds.

A former advertising executive who became a Christian after years of being "part of the problem" is pleased to see that the Ohio State Board of Education has toned down a controversial resolution it passed last year.