The difficult job police officers face on the streets everyday has become terribly apparent in Chicago, home to some of the nation’s toughest cops but where three took their lives over a matter of days in mid-December.

“If we don’t start talking about this,” a psychologist, whose practice focuses on police officers, told The Chicago Sun-Times, “then people are going to do what just happened in this last week.”

That warning from Dr. Carrie Steiner came after a 58-year-old officer died Dec. 15 from a self-inflicted gunshot wound. That death was followed by the discovery of an officer’s body Dec. 20. The third officer's death was reported two days later.

Randy Sutton of The Wounded Blue tells AFN his organization counsels struggling badge wearers and is witnessing a “barrage” of cop suicides across the country. 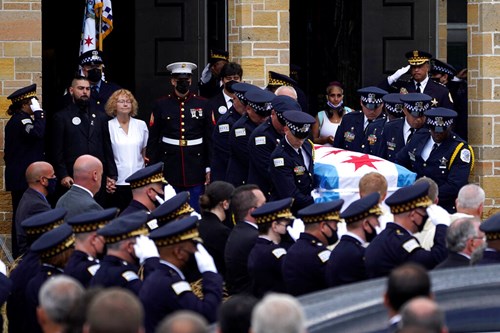 Chicago Police Department ended 2022 with eight suicides during the year. The department has documented at least a dozen since 2018, the Sun-Times said.

Back in 2017, a study by the U.S. Justice Dept. found Windy City officers are 60% more likely to die from suicide than those in other departments.

In the Sun-Times story, family members of police officers said the stress of the job is worsened by the department canceling days off for police officers who are already over worked. A city inspector report released last year said 1,200 officers were forced to work 11 straight days.

Back in April, a Fox News story reported staffing levels within the Chicago Police Department had dropped to the lowest in the city’s history at the same time crime was surging there.

Sutton, a former police lieutenant, says troubled officers often suffer in solitude for fear of repercussions for admitting their struggles.

“Those repercussions,” he tells AFN, “include being put on leave, being stigmatized, or even being fired.”

The threat of suicide is so great, Sutton says, that it is estimated 3 to 5 more police officers will die at their own hands rather that be the victim of a criminal.

The president of a ministry that advances the lordship of Christ in the public square says when the Idaho Legislature convenes next Monday, the budget won't be the main topic.