After a heartbreaking scene was filmed recently on the streets of St. Paul, Minnesota, where a young black child swore and hit at a police officer, a longtime pro-family activist says the video is more proof inner-city children have been failed by generations of black adults.

In the video, which went viral on YouTube (caution: strong language), the child dressed only in underwear reacts angrily and violently to the two cops who were there to execute a search warrant for a murder suspect, The New York Post reported.

Jesse Lee Peterson, who leads Brotherhood Organization of a New Destiny, or BOND, says the young child learned the swear words and disrespect toward police from adults.

“Number one, it comes from bad parenting,” he tells AFN. “Number two, it's coming from the brainwashing of most black Americans over the years.”

What does Peterson mean by “brainwashing” of black Americans? He explained that way back in 2012 during a BET Network debate about race.

“They have been brainwashed, over the last 50 years or so,” he insisted, “to believe America is a racist society and that white folks are trying to hold them back.”

The child-versus-police scene was filmed by Alpha News, a right-leaning news website based in Democrat-led Minnesota. After the video went viral, Alpha News reporter Sheila Qualls wrote a blistering commentary that called the short clip a “foreshadowing” of a child whose future is poverty, prison, and possibly death.

“It tells the story,” she wrote, “of children — who through no fault of their own — have been corrupted and abandoned by a system that places no value on the traditional nuclear family.”

Qualls, who is black, went on to urge the black community to “take ownership” over the issue of fatherless homes after 50 years of “evidence” that the black family has been destroyed by broken homes. That sad statistic wasn’t the case, she wrote, as recently as the 1960s and the Civil Rights movement. 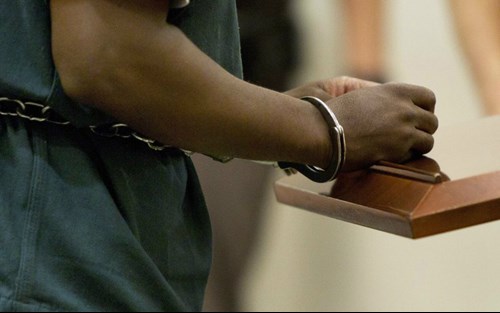 Peterson, an author and radio talk show host based in Los Angeles, has been preaching that same message for decades since he founded BOND in 1990. Over the years the group has sponsored men’s conferences, a business start-up academy, counseling services, and a mentoring program.

According to Peterson, however, who is now 73, society seems to be getting worse, not better.

“Each generation of blacks are getting worse and worse,” he warns. “Just imagine what those kids are going to be like once they become teenagers.”

In the Alpha News commentary, Qualls concludes with an urgent but more hopeful tone.

“We can do better, and we must,” she writes. “Let’s stop playing politics with our children’s lives.”

A tool for the Antichrist is at play

Social credit systems, which are already being used in some parts of the world, are a big concern for some.