Nineteen polices officers in Austin, Texas are facing charges of aggravated assault for using excessive force against protesters but a law enforcement advocate says the cops are victims of another George Soros-backed district attorney who is prosecuting the good guys and excusing the wrongdoers.

District Attorney Jose Garza has not announced the specific charges, which were leaked to the media, but the criminal charges come after protesters were injured by so-called "bean bag munitions" fired into the crowd during violent riots in 2020.

Randy Sutton of The Wounded Blue says the bean bags, which are fired with a shotgun for crowd control, are “low lethality” because they are meant to hurt. But, he says, they are dangerous and can also kill the target.

“If you get hit in the stomach, it's going to knock the wind out of you,” he explains. “It's a pain compliance tool.”

According to The Associated Press, the City of Austin is paying $10 million to two people, Anthony Evans and Jusitn Howell, who were injured by police-fired beanbags during violent protests. 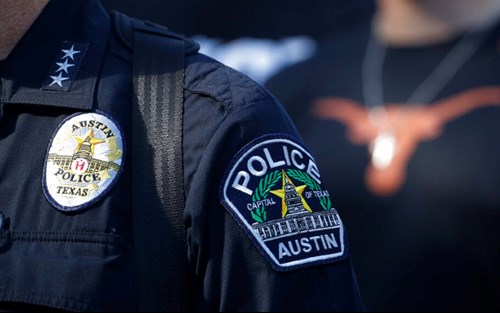 According to Sutton, police were using the beanbags in self-defense when they were being hit by rocks, bricks, fire bombs, and frozen water bottles.

“And now this district attorney has decided he's going to prosecute them,” Sutton says of Garza. “It's not prosecuting the rioters. He's prosecuting the cops. It's insane.”

Ken Casady, president of the Austin Police Association, complained to the AP that Garza ran for office on a platform of prosecuting law enforcement and he is now fulfilling that campaign promise.

According to the same AP story, an eyewitness at the riots said he saw rioters throwing fist-size rocks and water bottles at officers when Howell was injured.

Sutton says Garza is one of the so-called "Soros district attorneys," referring to the shadowy billionaire who uses his money for far-left causes. Soros has been pouring millions of dollars into D.A. races to back far-left candidates who are hard on law enforcement and soft on criminals. Wherever those candidates win and take office, violent crime escalates and innocent people are being harmed in major U.S. cities such as Chicago, Philadelphia, St. Louis, and San Francisco.

To get Garza into office, Soros dropped more than $600,000 over three months into a political action committee named the Texas Justice and Public Safety PAC, according to numerous news outlets.

“This is a persecution by prosecution,” Sutton warns, “by a Soros-funded activist Trojan horse district attorney, named Garza, in Austin.”

Sutton, meanwhile, has been watching the trial and sentencing of Kim Potter, a former Minneapolis police officer, who mistakenly fired and killed Daunte Wright during a 2021 traffic stop. Her prosecution, he says, was wrong.

“She should never have been prosecuted for this incident,” he tells AFN. “This should've been a civil lawsuit. That's what the civil laws are designed for, when you have an accidental death.”

Potter was sentenced to two years in prison by Judge Regina Chu after the district attorney recommended seven years.

Tension, yes … but no division in fighting evil gov't overreach

The Freedom Convoy in Canada has been getting a lot of support from like-minded patriots in the U.S. – among them a group carrying supplies to the truckers who are protesting just over the border.