Much of the American public did a double-take when cable news commentators claimed a “white supremacist” named Kyle Rittenhouse had murdered innocent protesters who were marching for equality and justice in Kenosha, but a black conservative says the purpose of such lies is simple and sick: Keep black voters angry and keep them loyal, too.

After a jury handed down a not guilty verdict last week, Media Research Center documented example after example of outrageous legal observations, misleading facts, and ominous predictions for black people, at news outlets CNN and MSNBC.

At MSNBC, black political analyst Brittany Packnett Cunningham said the Rittenhouse acquittal sends a message that "perpetuating white supremacy" is condoned in the nation. Those who stand against it, she said, are "at risk" from other racists who were inspired by watching Rittenhouse walk free.

No matter the person talking at the time, the slim audience at both news networks heard repeated accusations about a corrupt criminal justice system, a racist judge, a gun-crazy vigilante teenager, and they spoke fondly of supposedly innocent victims who will never get justice from the grave.

Melik Abdul of Project 21 tells American Family News the goal of the TV coverage was never intended to be an honest discussion about Rittenhouse’s self-defense claims and the trial.

“The goal here, literally,” he says, “is to foment racial resentment.”

Niger Ennis, also with Project 21, says the trial showed Rittenhouse was forced to defend himself against three “aggressors” who were all white people. He did not hunt down and kill innocent black marchers who were attacked because they are black. 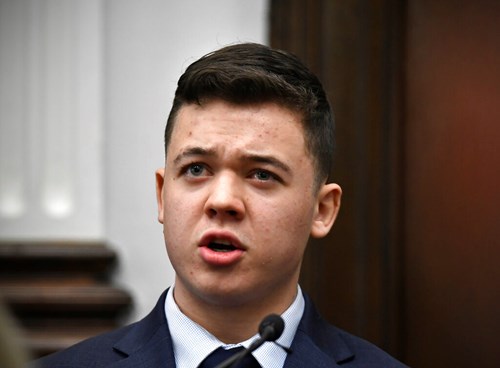 “Nevertheless,” Ennis says, “the dominant narrative being painted by many within the mainstream media is just aggravating the racial frustration and pain that we’re all talking about.”

According to MRC’s post-verdict coverage, other media outlets followed a lying, left-wing narrative, too. ABC News asked if Rittenhouse could be sued in civil court by the families of those he killed. Over at CBS News, MRC said a post-trial segment unrolled lie after lie about the basic facts of the murder trial. A correspondent summarized the verdict as an “ongoing moment of racial reckoning, vigilantism, and self-defense claims from armed people who deputize themselves."

“They are playing politics,” Innis says of the national media, “with the powder keg that is race in our country, particularly at this time.”

According to Abdul, the purpose behind stoking racial tension is a simple one: votes.

“As long as we’re being led by this notion,” he says of black Americans, “that you have to fear for your lives, that conservatives are there to try to take away your livelihood, take away your liberties, you monopolize the vote.”

In a post-verdict video posted to social media, former NBA standout Kwame Brown said the trial showed Rittenhouse acted in self-defense but his accusers, Brown said, are making it political for their own personal gain.

“A bunch of people are getting paid to push this racist [expletive]. That’s all it is,” he said.