Minneapolis voters will vote Nov. 3 on a ballot question to replace the city's police department with a Department of Public Safety.

Minneapolis voters will decide next week whether to replace their embattled police department with a Department of Public Safety that may, or may not, included armed police officers protecting the city in the future.

The question, which is listed as “City Question 2” on the ballot, comes after the city of 420,000 witnessed the death of George Floyd under the knee of cop Derek Chauvin on May 25, 2020. The police officer was later convicted of murder by a jury.

The ballot question is now coming before voters in a city where the 2021 police budget was cut $8 million as punishment for Chauvin’s actions and where murders, assaults, robberies, and rapes have surged to record-breaking levels over 2021.

In an AFR radio interview about the ballot question, Minneapolis native Jane Markell said the city’s naïve liberals really do believe that a mental health worker can do the job of an armed police officer.

“Again, we see up is down, black is white, evil is good,” she told the “Today’s Issues” program. “And the liberal mind cannot make sense of even your basic thinking today."

A timely example of that mindset is U.S. Rep Iilhan Omar, whose 5th District includes all of Minneapolis. Despite supporting funding cuts and now the ballot question, she complained this week that crime has risen because police officers are not fulfilling their “oath of office” to protect the citizens.

"The Minneapolis Police Department is the most dysfunctional in our state and probably in the country," Omar told a town hall audience. 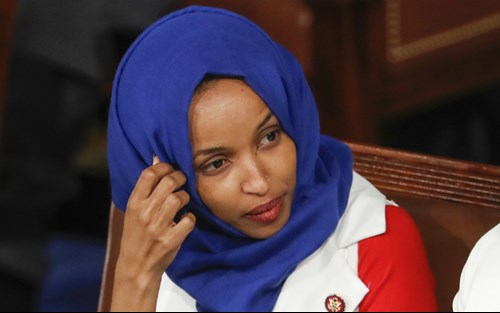 Yet the congresswoman (pictured at left) publicly supports fewer cops, too. “'Defund the police' movement,” Omar has stated on Twitter, “is one of reimagining the current police system to build an entity that does not violate us, while relocating funds to invest in community services."

The congresswoman complained last month that city leaders and their “monied friends” were attempting to keep Minneapolis “enslaved” to the city charter that requires a minimum number of police officers that aligns with the census-estimated population.

Markell, meanwhile, asks if these far-left liberals will “wake up” when their own home is invaded or a family member is harmed by criminals, and there is no police officer to show up.

"I'm not even convinced the liberal mind will get it at that point,” she concludes. “They are so brainwashed that the police are only evil, and that's a terrible campaign."

Markell is host of the “Understanding the Times” radio program that is also heard on AFR.

A family advocate is taking the U.S. State Department to task for issuing its first passport with an "X" gender designation, a distinction the Biden administration calls historic and celebratory.