The City of Baltimore is having a hard time filling open positions on its police force, nearly 400 of them, and that shortage comes with another problem: the U.S. Dept. of Justice is being accused of using oversight to corner and control local governments.

Baltimore, a city of 2.3 million people, has been watched by the Feds since 2017 over accusations of racial profiling and excessive force, ABC News reported. Some officers are quitting and others are retiring under the federal shadow, and that means there are patrol shortages and burned-out officers.

Against that daily backdrop, Randy Sutton of The Wounded Blue suspects there is more going on than concern about bad cops: the Biden administration wants to hold on to its oversight.

Sutton, a veteran law enforcement officer, says the real agenda of so-called progressive reformers is to federalize the municipal law enforcement agencies in major U.S. cities, and the Biden administration is just following that plan. 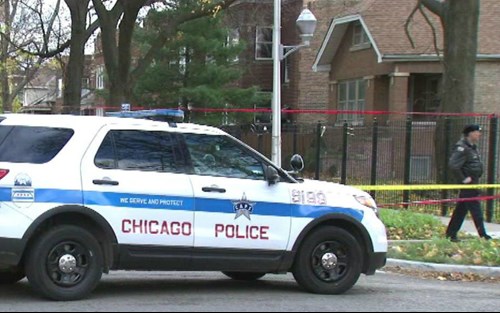 It is also true the Far Left successfully targeted political races for district attorney, too, and now those far-left prosecutors who should be prosecuting defendants for robbery, shoplifting, and auto theft are allowing them to walk free. That policy can be traced to the "Defund the Police" movement, which has led to police budgets being slashed to punish police officers accused of racism and violence against violence.

There is also the view that minority defendants are the victims of the so-called “school-to-jail pipeline,” a theory that classroom punishment of minority children leads to criminal activity as an adult.

Meanwhile, the Fraternal Order of Police says ambush-style attacks on police jumped 121% in 2021 over 2020.

According to Sutton, America’s largest cities that are crumbling from rampant crime are led by politicians who are both inept and corrupt.

All of those major cities such as Atlanta, Chicago, and Baltimore have one thing in common: They have been run by Democrat politicians for generations, a common theme that was noticed by an end-of-summer Fox News story.

“I thought it was bad under Obama,” Sutton tells American Family News. “It's happening even worse now.”

Australia is making headlines around the world, not for another Great White shark sighting or another TikTok video of a poisonous snake slithering into a tent in the Outback, but for Aussies who are surrendering their personal freedoms over a pandemic that has mostly passed them by.