Police officers walk on patrol in Melbourne, Australia, where the government announced August 6 businesses are closing after eight new COVID-19 cases were detected. The lockdown marks the sixth for the city.

Australia is making headlines around the world, not for another Great White shark sighting or another TikTok video of a poisonous snake slithering into a tent in the Outback, but for Aussies who are surrendering their personal freedoms over a pandemic that has mostly passed them by.

Australia’s population of 25 million, which is spread across 3.3 million square miles, has recorded only 1,053 COVID-19 fatalities over 18 months. That statistic is barely a blip compared to Florida, for example, which is approaching 47,000 deaths from a population of 21 million that is free to go to church and to walk the sandy beaches, with no overnight curfews and fear of fines if caught.

In recent weeks and months, however, almost any virus-related news coming from Australia is not about the rise in cases from the highly-contagious Delta variant but how Australia’s government leaders are reacting to a sudden jump in cases. Sydney, for example, has endured three months of lockdowns over the summer after army soldiers were deployed in July to enforce stay-at-home orders, and nighttime curfews, in a city of 5.3 million. 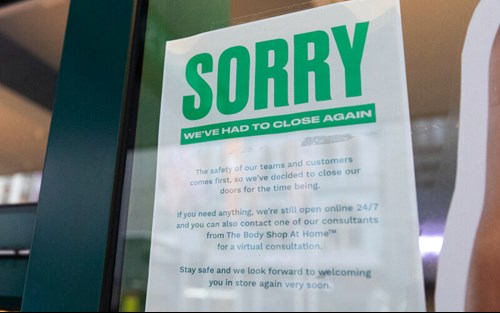 Another recent example of draconian action comes from the province of South Australia, where authorities are using facial recognition technology and a phone app to monitor residents who are self-quarantining at home after traveling to another province.

According to The Guardian newspaper, the pilot program raised alarm bells with the New South Wales Council for Civil Liberties but government officials dismissed those concerns as “absurd” because the residents volunteered to participate.

‘Fear is a magnificent motivator’

Jack Sonneman, who lives with his extended family on the island of Tasmania, tells American Family News it is frustrating to watch Australians bow to their government out of fear from a virus that has barely affected the population.

Australia’s fatality rate, in fact, is less than 0.01% in a nation where Melbourne is restricting residents to a five-kilometer limit for shopping, with a nightly curfew and hefty fines if you are caught outside your home. 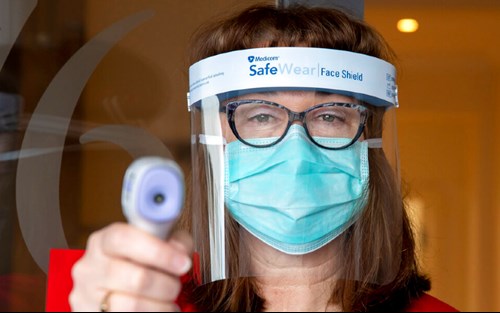 “Fear is a magnificent motivator,” Sonneman warns, “and forces people to do things they normally would not do otherwise.”

So why are Australians surrendering their personal freedoms to government officials?

“The problem is socialism,” he says. “Government has become their god, and that is why even the churches have been willing to do what they’re told.”

That is because Australia's powerful and benevolent federal government provides everything for free, from health care to child care, and the population has grown to depend on government leaders to take care of them day to day, Sonneman tells American Family News.

Sonneman was born in the U.S., where he was involved in Republican politics and the “Moral Majority” in the 1980s, when he witnessed Ronald Reagan serve two terms in office.

After turning 70 in recent days, Sonneman has now lived with his family in Australia for 40 years after starting a ministry there to fight pornography. He says he has watched that nation crumble morally to the point that abortion is the country's most-common elective surgery. Sex trafficking has exploded, he says, because some states have allowed prostitution.

The collapse of Australia's moral foundation, he says, was simply exposed during the lockdown.

“Abortion clinics are open but the churches are closed,” he says. “Our licensed brothels are open, too, but the gyms are closed.”

Watching what is happening in Australia from the United States, Christian apologist-author Alex McFarland calls it chilling to watch a democratic government controlling a free people, which he likens to dystopian fiction that is playing out in real life while the people allow it to happen.

“Our freedoms could be taken away just as quickly,” he warns. “And we could be controlled by the iron fist of an intrusive government if we continue to drift away from our Judeo-Christian constitutional republic.”

Back in Australia, Sonneman lays the blame on churches that refused to fight government lockdown orders unlike, he points out, John McArthur’s church in lockdown-crazed California.

“Our churches,” he says, “folded like a cheap suit.”

The City of Baltimore is having a hard time filling open positions on its police force, nearly 400 of them, and that shortage comes with another problem: the U.S. Dept. of Justice is being accused of using oversight to corner and control local governments.