Subscribe
UMC pastor on exit: They left us a long time ago

UMC pastor on exit: They left us a long time ago

The pastor of a Texas megachurch says the United Methodist Church abandoned orthodox, doctrinal teachings long ago – and that's why they're disaffiliating from the denomination.

The Woodlands Methodist Church north of Houston has more than 14,000 members and has been part of the UMC since its founding more than 40 years ago. But The Woodlands has begun the process of what it calls a "graceful separation" from the denomination. Pastor Mark Sorenson shared why with his congregation in a sermon a couple weeks ago. 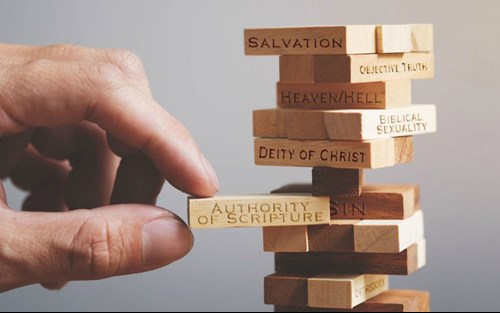 In his sermon, Sorenson stressed the separation wasn't just over the issue of biblical sexuality, although that's a large part of it. But after some in the denomination started insisting that believers were not to refer to God as "Father" or any gendered term, or that Jesus wasn't really the Messiah, he said the church decided it was time to go.

"In the United Methodist Church there are basic doctrinal beliefs that are being challenged. We are orthodox, we are Wesleyan, and we are Methodist," he said.

This last Sunday (August 7), after 40 days of prayer and "denominational discernment," the congregation took a vote – and more than 96% voted to disaffiliate.

Sorenson says the church isn't sure where it will end up – but in a video message after the vote, he said the time to leave is now. "We are ready to move on past the division and the differences that have been an ongoing distraction in our denomination for far too long," the pastor shared.

The Woodlands is part of a large exodus from the United Methodist Church. In fact, more than 200 churches – just in Texas – are making the move. Many are going to the more conservative Global Methodist Church, which is the ultimate destination for "multiple waves" of United Methodists, according to The Institute on Religion & Democracy.

"The first wave is relatively small but significant," IRD contends in a recent UMAction briefing. "A trickle of United Methodist congregations across America has begun transferring in the Global Methodist Church." Including recently retired bishop Mike Lowry of Central Texas, who IRD identifies as the UMC bishop to join the GMC.

IRD argues that some Methodist bishops, in an effort to block many churches in the denomination from leaving, have refused to implement "gracious exits" or imposed additional financial costs. The "gracious exits" provision enacted in 2019 by the UMC's General Conference requires large exit fees IRD says many congregations cannot afford.

Young people helping get God's Word back in schools