SBC President Ed Litton has talked about racism and racial reconciliation for years within churches and most recently accused those churches of "indifference" over the issue.

The president of the Southern Baptist Convention says churches are "indifferent" to the issues of race and racial reconciliation, a bold claim considering the SBC has been confronting the issue of racism for decades, but the denomination’s new leader insists racism is killing the churches and the gospel message.

Speaking at an event sponsored by The Pledge Group, a group of churches that promote racial reconciliation, SBC President Ed Litton urged the Church to not ignore those who are suffering.

“Nobody in the Southern Baptist church that I am a part of, nobody in my church, probably nobody in your church,” Litton said, “would ever want to be called a bigot, but indifference is killing us."

Litton was speaking at a conference called Shrink the Divide that was has held at his home church, Redemption Church, in Mobile, Alabama, The Christian Post reported.

Litton and Redemption have been part of The Pledge Group for several years. 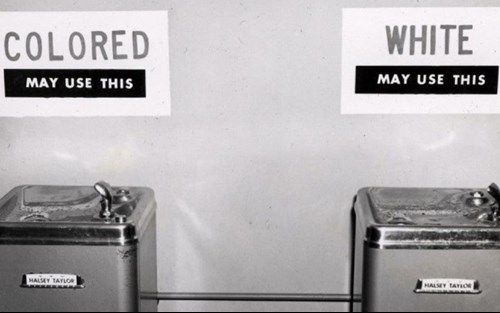 Responding to Litton’s allegation, radio show host Janet Mefferd says the SBC president was saying nothing from the pulpit but empty rhetoric to make him appear to care about an issue that doesn’t exist.

“In order to know whether or not Christians, or in particular Southern Baptists, are indifferent to racial reconciliation,” she says, “it would seem you'd have to compile some evidence.”

What Litton was doing, she adds, was making a “vague, nice, virtue-signaling statement.”

Mefferd, who has become something of a watchdog of the SBC, has reported on the leftward drift of its leaders on her radio show. In 2019, she was warning about the issue of critical race theory back when much of the public, and many SBC pastors, were still unware of that topic.

She tells American Family News that The Pledge Group is pushing a rather secular definition of racial reconciliation.

“It definitely has a social justice tinge to it,” she says, “maybe more than a tinge.”

A statement by the Group, posted to the website change.org, is mixed with the gospel message of forgiveness and a now-familiar white-guilt pledge by white congregations in the Deep South to atone for sins of the past. The statement says the Pledge churches are located in cities that were “centers of the slave trade in the Antebellum South” as well as Jim Crow segregation, where congregations and pastors are now “loving, praying, and serving together” in those same communities.

That description would sound to many that progress has been made in communities once plagued with  racism, but elsewhere the statement says “our churches and our leaders have focused more on keeping things comfortable than on making things right.”

Mefferd says Southern Baptists need to listen closely when Litton uses phrases like "racial reconciliation," because he might have a goal in mind that's different from what most people think of when they hear that phrase.

Catholic leader won't give up effort to expose Marxist ties

A Catholic insider known for holding the Catholic Church accountable is warning there is something akin to a virus that has infiltrated the top leadership that has aligned itself with abortion, homosexuality, and even Marxist-based revolution.