FTX founder now a stranger to politicians who loved his donations

So-called “crypto kingpin” Sam Bankman-Fried has watched his FTX empire crash and crumble, and now he is in handcuffs in a filthy jail cell, while Democrats on Capitol Hill who cashed his checks pretend they never knew him.

Bankman-Fried, 30, was scheduled to testify by video Tuesday before the House Financial Services Committee but, supposedly by sheer coincidence, he was unable to do so after he was arrested in the Bahamas and is now sitting in jail to fight extradition to the U.S.

During the midterm elections, Bankman-Fried spread his money among Democrats to the tune of $40 million. He donated $5 million in 2020 to Joe Biden’s presidential campaign and had become second behind billionaire George Soros as a big-money source.

Some Republicans got some campaign cash but 95% went to Democrats, according to press reports.

After the FTX empire filed for bankruptcy November 11, wiping out $2 billion from investors, Capitol Hill lawmakers appeared to demand answers: Finance-related committees in the Senate and in the House subpoenaed him to appear and to testify.

As recently as last week, attorneys for Bankman-Fried said they were refusing to accept a Senate subpoena because their client said he was too busy to appear. 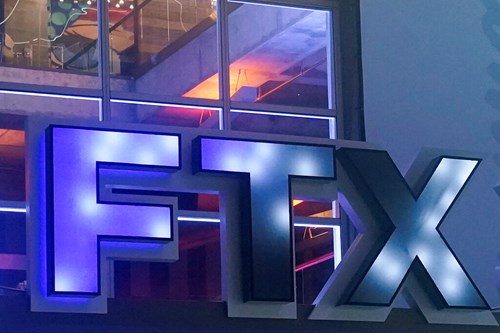 This week, Bahamian police officers arrested the billionaire crypto kingpin Monday evening at his home after a U.S. attorney’s office shared a sealed indictment with Bahamian authorities. He had been expected to testify virtually before the House banking committee the very next morning.

On that Democrat-led committee, Bankman-Fried had spread $300,000 among nine Democrats who sit on it, The Washington Free Beacon, citing FEC records, reported back in November.

Conservative activist Gary Bauer says Republicans on the committee were predictably going to ask the alleged fraudster who he donated his millions to which would include members on that very same committee now tasked with investigating him.

“And he would either have to commit perjury or he would have to say, under oath, that he was giving his money to the political Left,” Bauer says of the alleged fraudster.

The current chair of the House financial committee is Rep. Maxine Waters (pictured above), who claimed in a Monday statement she was “surprised” to learn Bankman-Fried had been arrested and was “disappointed” he would not appear.

“The public has been waiting eagerly to get these answers under oath before Congress,” she said, “and the timing of this arrest denies the public this opportunity.”

Bankman-Fried last appeared before the House Financial Services Committee a year ago this month, when Rep. Waters literally blew him a kiss.

A year later, the bankrupt billionaire is complaining he is sitting a jail cell filled with rats and maggots, and his Democrat friends in Washington have not said if they plan to return his political donations.

A conservative think tank says the Walton family is peddling more than merchandise at their many Walmart stores.