Competitive swimmer Will Thomas (center), shown in this UPenn team photo from 2018-2019, is smashing national record nows that he is in the water competing against female swimmers.

Collegiate sports has unapologetically embraced the gender-swapping ideology of transgenderism, and pushed actual female athletes to the side, but the pro-trans movement has finally brought fresh scrutiny after a male University of Pennsylvania swimmer literally ran laps around his unhappy female teammates and struggling competitors.

American Family News has reported on the record-smashing success of “Lia” Thomas, a muscled 6 ft.-plus male competitor who was known as Will Thomas by his male teammates for three years on the men’s team. That was before “coming out” as a female this season and joining the women’s team as a senior at the University of Pennsylvania.

Now that he’s in the water facing female swimmers, Thomas is setting swim meet records that will literally never be beaten by a biological female if his times are allowed to remain on the books by the transgender-affirming NCAA. 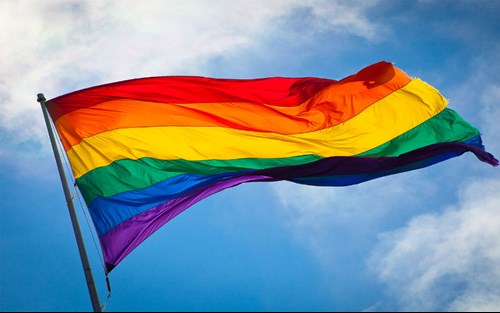 According to Swimming World Magazine, Thomas competed in a Dec. 3 invitational as a woman in which “she” won three events and, according to the story, “swam the fastest time in the country in two of those races.”

According to a New York Post story about that event, Thomas “blew away” female swimmers with a winning time of 4:36:06 in 500-yard freestyle, a new Ivy League record in that event.

In the 1,650-yard freestyle, Thomas beat the second-place finisher, his own female teammate, by 38 seconds.

There is no indication those unbeatable records will ever disappear from the NCCA record books, so it is that stark, grim reality that likely pushed parents at UPenn to defend their hard-working daughters from being humiliated by a 22-year-old man. Parents of 10 female swimmers at UPenn signed their names to a letter to the NCAA demanding it address the situation, The Washington Examiner reported.

“At stake here,” the letter states, “is the integrity of women’s sports.”

Thomas, in fact, is now on a path to become a national NCAA Division 1 female champion if he is allowed to compete next spring in Atlanta. Since he has undergone hormone therapy, and met NCAA rules, there is no indication that will not happen.

Diane Gramley, who leads the American Family Association of Pennsylvania, says parents and female teammates have a right to be angry.

“They see their records being broken. They see their possibilities for scholarships disappearing into thin air,” she says. “Because this guy, who claims to be a woman, is on their team.”

According to the Examiner, the NCAA has yet to respond to the letter but the university, which received a copy of the letter, did respond. UPenn is willing to help female students navigate Thomas’ “success” and reminded them the university offers mental health services if they need them, the Examiner said.

The sick irony of the University of Pennsylvania’s response is the obvious mental health issues of transgender people are not allowed to be addressed in the open. At the same time, transgender activists claim failing to call them by their adopted name, and their new sex, harms them emotionally and can even lead to suicide.

UPenn student: ‘He is a male’

According a The Daily Wire story, numerous students at Penn denounced their university for allowing the biological male to compete.

“Thomas is not a woman. He is a male,” a female Penn student told the Wire. “It’s a simple rationale and shouldn’t need to be further explained.”

Despite that fact, that student and others quoted in the story asked to remain anonymous for fear of fellow students shaming them and out of fear university officials would punish them.

“The perceived risk of social ostracism, and even potential blacklisting from the university, as well as from potential employers,” the student told the Wire, “loom large over topics like this.”

Prediction: Women's sports will go under if trans swimmer not challenged

To no one's surprise, a male university athlete – who now identifies as a woman – is amassing far more top finishes as a female swimmer than he ever did in male competition.