A poll conducted by a liberal news outlet suggests Democrat voters are concerned Earth is warming and becoming uninhabitable, and they will vote on Election Day to save it, but the issue falls far behind more practical issues such as affording groceries and securing the U.S. border.

According to a Washington Post-ABC News poll, half of registered voters said “climate change” is “very important” or “one of the most important” issues on their minds as midterm elections approach. Those voters predictably will vote for the Democratic Party to save them.

If that sounds like a bizarre concern to Americans who are attempting to afford groceries, pay their electric bills, and fill up their gas tanks, the Post acknowledges that stark reality in its own story from last week. When ranked among other issues, in fact, the Post said climate change came behind the economy, abortion, crime, and illegal immigration.

When poll respondents are split among Republicans and Democrats, a whopping 79% of Democrats are concerned about climate change but only 27% of Republicans said they’re concerned.

For its story, the Post interviewed a software engineer and registered independent who called climate change “the single most important issue facing all of life on the planet.”

“There is no trend in any national disaster and CO2 emissions. These are not new things,” he tells AFN. “I cannot think of a single event that has happened climatically that does not have a precedent in a time with much lower CO2.” 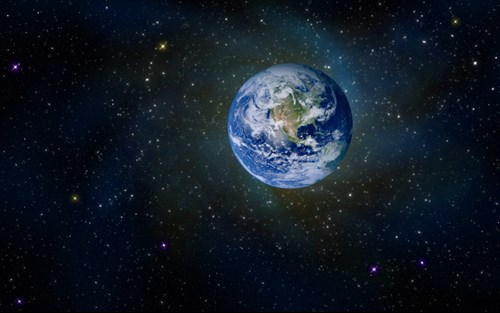 President Biden, no doubt aware Democrat voters are concerned about a warming planet, used his recent visit to storm-battered Florida to claim climate change was behind Hurricane Ian and also the lack of water in the Colorado River.

“There's a lot going on,” he claimed. “And I think the one thing this has finally ended is the discussion about whether or not there is climate change.”

The left-wing view of climate change is not just a belief the planet is warming, which creates more rainfall and also more droughts. There is a more worrisome warning that everything from fossil fuels to beef production are destroying a planet estimated to be 4.5 billion years old that has undergone five significant ice ages during that time.

As an example of that view, left-wing media watchdog Media Matters watched news coverage of Hurricane Ian for examples of “climate denial” in light of claims the storm grew stronger because the Gulf of Mexico is warmer than usual because of climate change.

Malloy, meanwhile, insists mankind is not a planet murderer.

“There is no physical explanation for how CO2 in the atmosphere, or the slight warming we think we have experienced since the beginning of industrialization,” he says, “could ramp up natural disasters."

Facebook may have meant it for harm, but God has used a content warning to reach millions with the gospel message.