Twitter claims no bias after clipping question that cited examples

Answering a question that accused Twitter of anti-conservative bias, the CEO of the popular social media website tip-toed around examples of selective censorship by conveniently leaving them out.

“If we ever find anything even hinting at that,” CEO Jack Dorsey told a virtual shareholder meeting last week, “we look at it immediately and rectify it. If we make any mistakes along the way, we admit to them and correct them.”

Dorsey was answering a question from Scott Shepard, representing the National Center for Public Policy Research, who submitted a question with several recent documented examples to back up his claims about bias.

When it was time for that question to be aired, however, Shepard witnessed the 130-word question get condensed into 11 words:

Why do you continue to censor only on the conservative side? 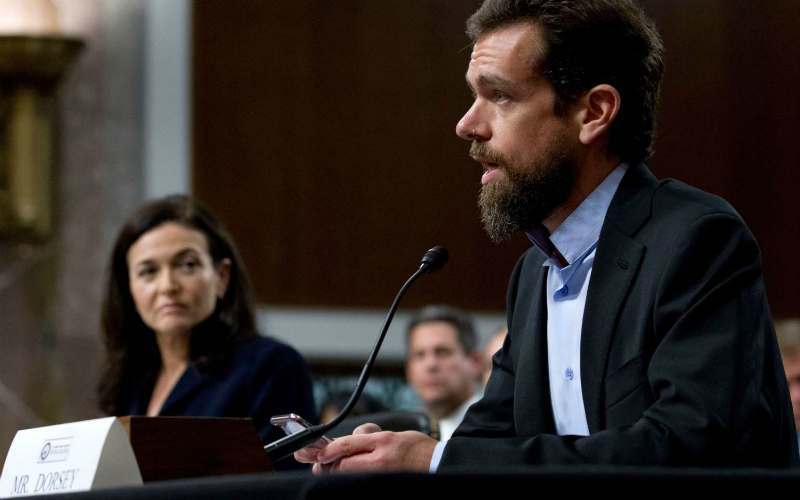 The public has heard Dorsey’s denials before, in media interviews and in front of congressional hearings (pictured at right), but there are many Twitter users who have witnessed their followers mysteriously disappear and who suspect Twitter is secretly hiding their right-leaning posts from view.

Last fall, Twitter famously blocked a New York Post story about Hunter Biden's laptop, and even locked the newpaper's account itself, only for Dorsey to claim it was a "total mistake" to do so but never explain why it occurred.

"It was literally just a process error," Dorsey told a congressional hearing in March. This was not against them in any particular way."

Twitter famously suspended its most popular user, Donald Trump last year, and a leaked recording of Dorsey in January quotes him telling Twitter employees that similar punishing actions moving forward will be “much bigger” than just banning Trump.

On the National Center website, the group points out that Twitter banned Donald Trump but is allowing Iran’s leader, Sayyid Ali Khamenei, to vow to destroy Israel without punishment.

Reacting to last week’s answer to National Center, Shepard tells One News Now that Dorsey promised to be more “transparent” in the future about why accounts are punished, and he also promised a more “robust” appeals process in the future.

“So, some recognition that there is a problem,” Shepard observes, “a real promise to shareholders that will be a lie if they don't follow through with this."

Even if Twitter creates a group that hears appeals, Shepard predicts it will include a majority of “woke” left-wingers and perhaps one token conservative.