Subscribe
Being pro-life in New York: Bombings in the street, bullying by the state

Being pro-life in New York: Bombings in the street, bullying by the state

A pro-life activist in New York state is demonstrating what it means to work behind enemy lines, where Brownshirt-like street thugs have attacked pro-lifers without being arrested and where the Nazi-like government is using its authority to intimidate them, too.

Jim Harden, who oversees a group of CompassCare pregnancy centers, is still waiting for authorities to track down and arrest the abortion supporters who firebombed the Buffalo clinic June 7, now two weeks ago. That attack caused approximately $150,000 in damages after the arsonists broke windows and set two rooms ablaze.

Meanwhile, during the same week of the attack, Gov. Kathy Hochul signed a bill that allocated $35 million for abortion services. The legislation that created an Abortion Services Provider Fund also authorizes the Commissioner of Health to investigate “limited-service pregnancy centers” in the name of public health. 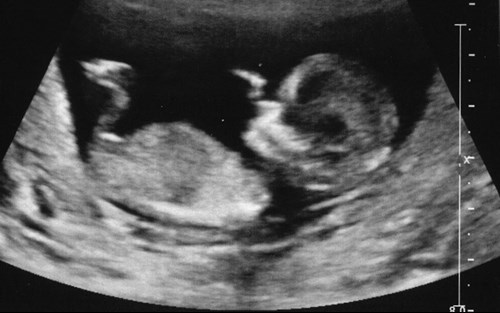 The term “limited service” refers, of course, to abortion.

It is no secret what those pro-life clinics do: They unapologetically counsel women to carry their unborn baby to term instead of ending the pregnancy with an abortion. The women, who often show up at the clinic frightened and fearful, receive a free ultrasound to hear the fetal heartbeat and are informed about adoption services. Many clinics also offer everything from baby formula to diapers and car seats.

In the case of CompassCare, New York’s health officials can scroll the website for “Health Information” and “Medical Services” that are provided to pregnant women. That information predictably doesn’t mirror the medical information from Buffalo Health Center, a Planned Parenthood-run abortion clinic.

Any financial comparison is not even close, either. Most pro-life centers operate with volunteer staffs and limited budgets. Any abortion clinic affiliated with Planned Parenthood is part of the powerful non-profit that is worshipped by abortion supporters and showered with millions of dollars in funding, both public and private.

During 2019 to 2020, Planned Parenthood reported $1.6 billion in income but New York taxpayers watched their governor allocate tens of millions of dollars to abortion clinics with her signature. At that bill signing, she called abortion opponents "Neanderthals."

In light of the the attack on CompassCare, the abortion bill also allocates $10 million to help abortion clinics beef up security around their facilities.

“They didn’t even ask for it. They’re not even getting threatened,” Harden complains. “We’re the ones being threatened.”

Harden says the new state law demands an “open book” about New York’s pro-life centers, meaning personal information that the CompassCare CEO says he will not hand over to abortion-supporting state employees.

CompassCare will not comply with the new law, Harden says, and he predicts there are faith-based law firms ready to defend the pro-life group and fight the new state law.