Some pro-life groups are convinced that an agency of the U.S. government has no genuine concern for the health of women who are seeking to use abortion-inducing drugs.

Last week, the Food and Drug Administration permanently lifted restrictions on the use of dangerous chemical abortion drugs (mifepristone and misoprostol), including allowing them to be provided by mail after a telehealth call with an abortion provider. In April, the government had stopped enforcing the need for an in-person doctor visit.

Carol Tobias of the National Right to Life Committee says not requiring an in-person visit places a woman at risk.

"That is when some type of physical exam should be performed to make sure that she doesn't have an ectopic pregnancy," Tobias tells AFN, "because the abortion pills are not going to affect that pregnancy. So, right there her life is in danger."

Dr. Randall O'Bannon with the NRLC agrees, arguing that without any screening, the likelihood of hemorrhage, infection, and missed ectopic pregnancy is "greatly increased."

"And there is a greater possibility that a woman experiencing these adverse events may end up in the emergency room and could arrive too late for life-saving treatment," he adds.

Stats already show that two women with ectopic pregnancies have died from chemical abortions. But more than 4,000 women had to go to hospital emergency rooms for serious complications – along with a word of advice from the abortion industry, according to Tobias.

"They're also telling [women] Don't even mention that you had an abortion – just tell them you're having a miscarriage," she purports. "They are being very callous in the way they are treating the women, and [they're] putting an overload on the emergency rooms." 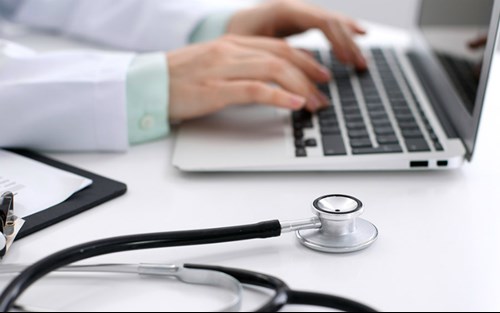 Tobias says the FDA is basically lifting all limits and giving the pills to women without the necessary precautions. "It's just another sign that this administration doesn't care about women," she adds. "Promoting abortion and killing unborn children is their primary concern."

It's the feds vs. Texas

By lifting the restrictions on the use of the chemical abortion drugs, the U.S. government could be establishing a conflict with states. Jonathan Covey of Texas Values explains lawmakers in the Lone Star State dealt with it in a special session.

"The Texas legislature passed SB 4 [which] protects women from the deadly side effects of these pills," Covey says. "And it also creates a statewide standard that helps regulate chemical abortion drugs and puts in place criminal penalties for doctors who prescribe pills for women who are more than seven weeks pregnant."

Texas isn't at war with the federal government, he adds – it's just more concerned about protecting women.

"[But] it does set up a conflict in that you have a federal rule change, which is in conflict now with a state law," Covey acknowledges. "But I do think that ultimately Texas' decision to protect women is the right decision and it will prevail."

And while the feds allow shipment of chemical abortion pills via the mail, the Texas law prohibits delivery within state borders.

Nominee's history a fit with Biden's agenda, but not with pro-lifers'

If Joe Biden's nominee to head up the FDA is confirmed, states may have to step up with regulations to prevent women from being harmed by new abortion pill restrictions.