NIH leader stepping down has bad history with pro-life movement

NIH Director Dr. Francis Collins, seen holding a model of the coronavirus at a Senate hearing, is stepping down from leading the federal agency where he has been criticized for allowing research that uses aborted fetuses.

Now that Dr. Francis Collins is stepping down at the National Institutes of Health, it is doubtful the Biden administration would allow a medical leader to head the agency who openly stands up for pro-life principles in science and medicine, a pro-life researcher says.

Collins has spent 12 years leading NIH, where he has worked for nearly three decades, but the geneticist famous for the Human Genome Project has announced he is stepping down at the end of the year. He is 72.

Dr. Randall K. O'Bannon of the National Right to Life Committee says Collins made “enormous contributions” to human biology through the Humane Genome Project, a worldwide effort to map human DNA. The project was completed in 2003 after more than 10 years of international work among leading scientists, including at the NIH.

According to O’Bannon, however, Dr. Collins deserves to be remembered for allowing and defending the use of fetal samples for scientific research. 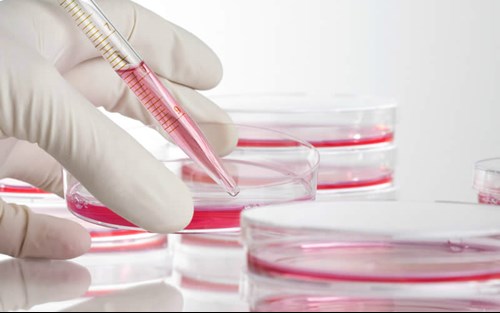 “It isn't just that it's fundamentally immoral to take life under the guise, or under the idea, that you're going to save life,” O’Bannon says, “but that this research has been shown to be terribly wasteful and unproductive.”

LifeNews.com, the pro-life news website, celebrated Collins’ pending retirement in a story that called him a “thorn in the side of the pro-life movement” by approving millions of dollars for fetal research.

The story says Collins most recently had to defend the practice in 2018 when it was learned the University of Pittsburgh used the scalps of aborted babies to study human immunity.

It did not help that years-long quarrel with the pro-life community that Dr. Collins worked openly in the medical research field as a committed Christian. As a former atheist, in a field dominated by them, Collins has said he was attempting to bridge a gap between science and faith.

Abortion-praising doctor gets schooled on 'dismemberment'

A member of Congress set the record straight on abortions, and how they are performed and harm an unborn child, much to the displeasure of an abortionist who praised abortion as a “blessing.”