Biden: Classified documents totally safe next to my prized Corvette

The jaw-dropping revelation that Joe Biden took classified documents from the White House when he was vice president, then stored them in his garage, is providing a get-the-popcorn-ready moment after vengeful Democrats cheered the FBI raid on Donald Trump’s residence at Mar-a-Lago and demanded the former president pay dearly for it behind bars.

Speaking to White House reporters Wednesday, a nervous-sounding President Biden read from prepared notes to admit more classified documents were stored in a second location: his home’s garage in Wilmington, Delaware. That admission comes after the public learned this week similar documents were stored at the Penn Biden Center.

“Classified material next to your Corvette? What were you thinking?” Peter Doocy, the Fox News correspondent, demanded to know.

Replying to that blistering question, Biden looked up from his notes, went off script, and fumbled for words. The Corvette is located in a “locked garage,” he replied, “so it’s not like they’re sitting out on the street.” 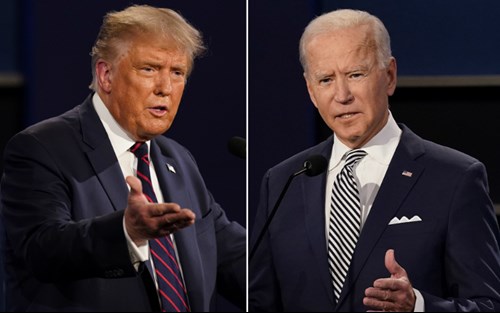 According to The Associated Press, CBS News was the first news outlet to report the discovery of classified documents in a story that published Monday. Why the document story was leaked now is generating political buzz, especially since the CBS story said the documents were discovered way back on Nov. 2, just days before the midterm elections.

Over at the Media Researcher Center, spokesman Nicholas Fondacaro tells AFN the media watchdog documented the “bonkers claim” that the documents were planted at Biden’s home by Republicans. That claim was made by “The View” co-host Sonny Hostin, he says, and by Rep. Hank Johnson.

“I’m suspicious of the timing of it,” Johnson, a Georgia Democrat, told a TV news station. “I’m also aware of the fact that things can be planted on people.”

MRC and other media critics are pointing out the willingness of Biden apologists to defend him, even when there are more questions than answers, when Trump was accused of possessing nuclear secrets at Mar-a-Lago and that claim was eagerly embraced. That anonymous claim angered Democrats who not only believed it but speculated Trump was planning to sell those nuclear secrets to Russia.

On Wednesday, Attorney General Merrick Garland announced he had named Robert Hur, the U.S. attorney in Maryland, to investigate the Biden documents on behalf of the U.S. Justice Department. Republicans have said it's laughable to consider the DOJ will prosecute its boss.

Watching this legal drama unfold, former DOJ attorney J. Christian Adams tells AFN the president is facing a “problem” because the same DOJ pledging to investigate his documents has been relentlessly pursuing Trump for the same thing.

“I think [Merrick] Garland is a corner now, and is deeply constrained in doing anything about the classified documents,” Adams observes, “unless they want to completely fracture the country.”

Democrats and the national media seem willing to do that despite the consequences, he adds, considering their desperate, all-out attempt to differentiate between Biden’s possession of documents versus Trump’s situation.

Lawmakers in Arkansas are considering a bill to classify drag queen events as adult businesses from which children are prohibited.