A government watchdog has outed Transportation Secretary Pete Buttigieg for traveling across the country on private jets but don’t expect the bike-riding cabinet official to confess to any climate sins, or resign from his office, any time soon.

The use of exclusive private flights dogged Trump administration officials Elaine Chao and Tom Price during Donald Trump's term, the Fox News story pointed out. Price stepped down in 2017 as Health and Human Services secretary after a House committee opened an investigation into his frequent use of the jet fleet.

David Williams of Taxpayers Protection Alliance tells AFN the public deserves to know how much the private flights by Buttigieg cost taxpayers.

“That's the first thing,” he says. “There needs to be an accounting of all the money that is being spent.”

Price, when he stepped down five years ago, had taken five private flights in a week for official business at an estimated cost of $60,000. His private flights that numbered 26 over a year’s time cost taxpayers about $1.2 million.

Williams points out that Buttigieg’s job includes overseeing air travel and airlines, so using airports and flying on commercial airlines gives him a first-hand look at the airline industry.

"This would provide a really good opportunity to do that,” Williams points out.

Buttigieg, however, is not known for paying attention to his job. Last year, he had been resting at home for six weeks during a crippling supply chain crisis when the public learned the Secretary of Transportation was on “maternity leave” with his "husband" after they adopted twins. At the time, cargo ships were piling into the Los Angeles harbor and store shelves were running empty. 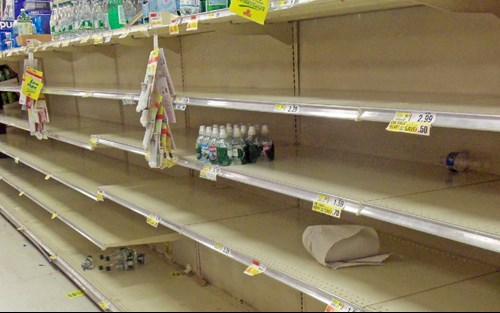 Reacting to criticism at the time, Buttigieg said the store shelves were empty because shoppers had more money in their pockets because Joe Biden had rescued the economy. He also told CNN bottle-feeding twin babies “at all hours of the night” was keeping him busy.

As far as crisscrossing the country in carbon-emitting jets, Buttigieg has boasted that he rides a bike from the Dept. of Transportation headquarters to the White House to raise awareness of climate change and to promote “green” transportation.

He also supports a mileage tax on automobiles to offset their supposed carbon emissions.

As far as Buttigieg admitting to any hypocrisy, Texas-based radio host Jesse Kelly predicts an apology won't be coming. That is because Buttigieg views himself as a ruler over peasants, Kelly said in a tweet.

McCarthy vows to boot three Dems but will he follow through?

House Minority Leader Kevin McCarthy is vowing to remove three Democrats from key committee posts if he is elected Speaker in January, and a conservative activist is all but pleading with Republicans to stop being nice and start playing hardball.