Biden will beg Democrats to save 'democracy' in pre-election plea

With polls predicting American voters are planning a blistering rebuke against Democrats on Election Day next week, President Joe Biden is scheduled to speak tonight in a desperate attempt to beg his base to turn out and stop it.

Previewing tonight’s speech, Biden senior advisor Anita Dunn told Axios the speech will be about “the stakes for our democracy in next week’s election.”

Biden will attempt to appeal to people “who don’t agree with him” tonight, Dunn claimed, because he wants his opponents to unite behind the “fundamental value of democracy.” 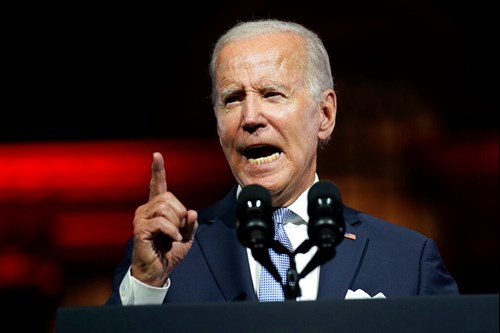 The primetime speech, which will be delivered at Union Station, comes after Biden delivered a similar stop-the-Republicans speech at Independence Hall in September. In that bizarre speech, which backlit Biden in eerie red lighting, he angrily warned the nation was in danger from “MAGA Republicans” whom he said represent an “extremism that threatens the very foundation of our republic.”

In reality, what is really at stake in six days is the power of the Democratic Party on Capitol Hill. That is because the U.S. House of Representatives was already expected to flip to Republicans after next week, which would remove Nancy Pelosi as Speaker, but the 50-50 U.S. Senate was expected to narrowly keep Sen. Chuck Schumer in control. That legislative body is now expected to flip to the GOP, too. 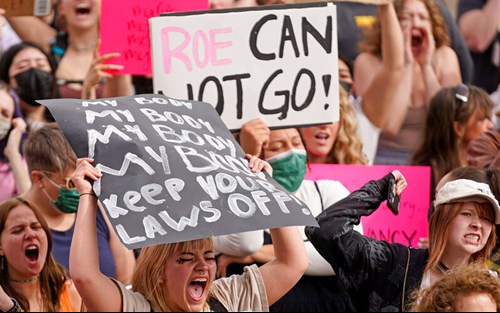 From the perspective of panicking Democrats, who hoped abortion rights would win over white suburban voters, there is reason to worry. According to a Wall Street Journal poll, white suburban women – who are struggling under Biden to afford groceries and gas – are favoring the Republican Party by a whopping 15 percentage points over Democrats in the homestretch toward the midterms.

President Biden will beg those suburban moms tonight to save democracy from “election deniers,” but even a poll from Republican-hating CNN gives Biden a 47% disapproval.

Over at RealClearPolitics, its average of national polls gives Biden a 54% disapproval rating among voters. 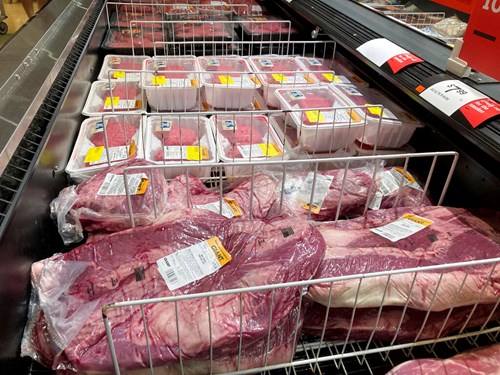 In a related question, a whopping 75% said the economy is currently in a recession. That is an overwhelming number considering the Biden administration, helped by the liberal media and some economists, attempted to water down the definition of a recession earlier this fall.

Biden has also bragged family budget-crushing inflation is “zero percent” after he compared June figures to July, but inflation is measured on a yearly basis and those suburban women polled by The Wall Street Journal can see its effects up and down the grocery aisle. 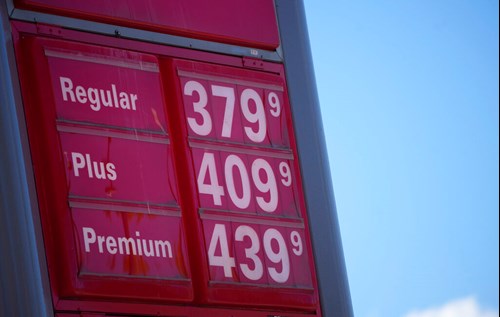 In a plea to ignore the polls, which are predicting a red wave next week, MSNBC host Joe Reid said Democrats are being fooled.

"Of the roughly 40 polls taken in key battleground states," she told her audience this week, "more than half - half! - are from Republican firms or groups."

If Whitmer is "ridin' with Biden," it may be into the sunset

A Michigan-based conservative organization believes the Republican challenger has a great shot at beating one of the most repressive governors in the country on November 8.