Echoing the growing concerns of many, a U.S. congressman accused of treason by his fellow lawmakers says the U.S. Dept. of Justice must answer for siccing FBI agents on innocent Americans whose views and values fail to align with those currently in power at the White House.

One week ago today, early on a Friday morning, FBI agents raided the Pennsylvania home of Mark Houck, a pro-life activist and Catholic leader. The public has since learned Houck is accused of violating a federal law, which protects public access to abortion clinics, because the protester shoved an abortion supporter outside a Planned Parenthood clinic in Philadelphia nine months ago.

Houck’s sudden legal fight to stay out of federal prison hits home for Rep. Scott Perry, who represents Pennsylvania’s 10th District. Weeks before FBI agents banged on Houck’s door to arrest him, Perry himself witnessed FBI agents show up with a warrant to seize his personal cell phone. That’s because the congressman refused to cooperate with the House January 6 Committee, which alleges he colluded to overthrow the 2020 election by urging Donald Trump to sue and not concede. So the FBI agents showed up for the phone while the congressman was vacationing with his family in Florida.

In an interview with AFN this week, Perry says Houck’s arrest marks “one more time” the Department of Justice has demonstrated what he calls “un-evenhanded application of justice.”

Those examples seem to grow larger, and more ominous, with each passing day. Two years into the Biden administration, Rep. Jim Jordan claimed in August that 14 FBI whistleblowers have come forward describing a powerful federal agency that has become “weaponized” against the American people and “politicized” by Democrats. Their anger and frustration ranges from the still-at-large D.C. pipe bomber to using the FBI’s counterterrorism unit to investigate school board meetings.

Some of the agents opposed the Mar-a-Largo raid on Donald Trump. 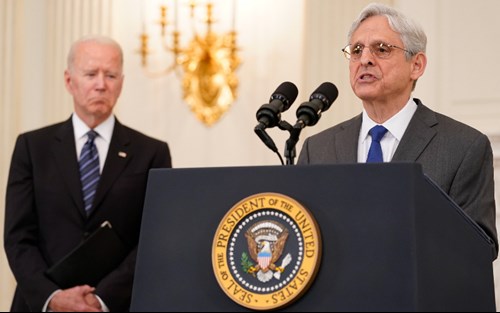 Other agents have alleged they were pressured to invent cases of “domestic terrorism” across the country. Those examples would then be sent to the top FBI bosses, who could then cite them as examples of “fascism” and “extremism” that must be dealt with to save "democracy." 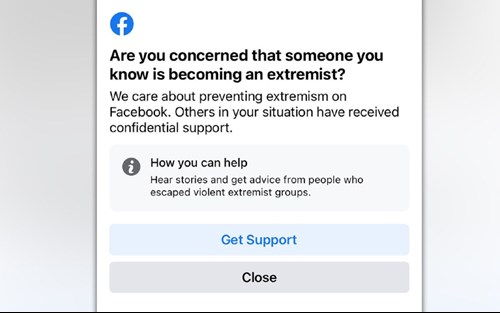 In another whistleblowing accusation, several FBI agents told The New York Post they were blowing the whistle on an FBI operation in which a Facebook employee was passing along private messages in which users questioned the 2020 election. Those users were investigated for domestic terrorism, the whistleblowers said.

Thomas More Society attorneys who are representing Houck, AFN has reported, have called his arrest a “political prosecution” that is meant to intimidate and bully the pro-life movement that is hated and despised by the Biden administration.

According to Thomas More attorney Peter Breen, the law firm assured federal prosecutors back in June that charging their client with violating the FACE Act would be foolhardy. That’s because Thomas More won a similar case for another pro-life activist in 2019. That case also occurred at an abortion clinic in Pennsylvania, and was also prosecuted by the U.S. Attorney’s Office, which watched its case get tossed out, but Houck was indicted anyway.

Breen has also said FBI agents raided Houck’s home even after Thomas More assured the U.S. Attorney’s Office their client would show up voluntarily in front of a federal judge if he was indicted.

Hence the law firm is alleging a “political prosecution” by the U.S. Department of Justice.

Reacting to Houck's arrest, Heritage Foundation attorney Hons Von Spakovsky tells AFN the charges are "ridiculous" and "outrageous," but they are also a warning.

"This is the way the Biden administration has of telling pro-life activists, who are protected by the First Amendment," he says, "that you had better not be expressing your opinion about this anywhere where we can go after you."

Just four days after that early-morning raid, pro-life activists in St. Paul, Minnesota reported FBI agents showed up outside a Planned Parenthood abortion clinic there over a May incident involving a pro-life activist and a clinic volunteer.

An eyewitness told The Daily Signal the two FBI agents “went straight” to the protester who had been involved in that altercation and talked briefly to the man. The pro-life activist had been charged with assault for that incident but the case was dismissed because the clinic volunteer was armed with a box cutter and cutting up a pro-life sign, pro-life leader Brian Gibson told the Signal.

Gibson, who leads Pro-Life Action Ministries, told AFN in a related story it “seemed very odd” for FBI agents to show up, when he was never seen them in years of protesting outside abortion clinics. Considering who they singled out and talked to, especially after the arrest of Houck, Gibson said, it’s likely pro-life activists are now a new target.

According to Rep. Perry, who angered Democrats by urging Donald Trump to sue and fight the election results, he suspects the Biden administration targeted Mark Houck because Election Day is coming.

“That’s what this is about unfortunately,” he says.

O'Rourke is undebatably 'all hat and no cattle'

A previous leader of the Texas GOP says Beto O'Rourke is dreaming if he thinks he can win tonight's gubernatorial debate in the Lone Star State.