Italy’s frustrated voters have elected a right-wing political party to fill a majority of the seats in parliament, a clear smackdown for communists and globalism, and now the Far Left is predicting Mussolini has risen from the grave because a new leader is defending national sovereignty and praising the nuclear family.

According to official and final results, announced Sept. 27, a coalition of three right-wing parties secured 48% of the 400-seat Chamber and 115 seats in the 200-seat Senate. The political party that led that overwhelming victory is Brothers of the Right, which won 26% of the votes compared to 8% of the League Party and 8% of the Forza Italia.

After that stunning win in a snap election, what is frightening the newsrooms at CBS News, NPR, and CNN is the emergence of Brothers of the Right leader Giorgia Meloni, 45. The wife and mother of five is expected to be Italy’s first female prime minister, which would normally make her an overnight star, but she is the wrong kind of history maker for the Far Left.

Meloni is “not raising up at all questions on women’s rights and empowerment in general,” a Rome professor of “diversity and inclusion” complained to CNN. 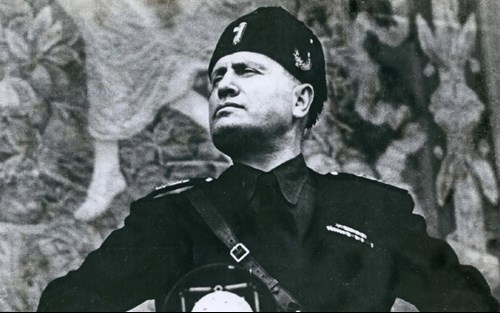 That certainly appears to be true. Instead, according to social media posts now appearing online, the articulate and fiery political leader is ripping apart Europe’s globalist elites. In one undated video, she demanded Italy’s parliament reject a European immigration compact. Every country in Europe deserves to the right to protect its own borders, she says, but globalists want to rob countries of their national identity.

“Because without roots you’re a slave,” Meloni pleaded during a parliamentary debate, “and when you’re a slave you serve the interests of [George] Soros.”

In a second video, now viewed more than 20 million times on Twitter, Meloni tells a 2019 audience at the World Congress of Families the globalists despise the traditional family, religious beliefs, and national borders.

“Because everything that defines us is now an enemy for those who would like us to no longer have an identity,” she warns, “and to simply be perfect consumer slaves.”

In that same speech, Meloni also defends the objective value of human life. Each person has our own genetic code, she says, that is “sacred” and is worth defending from the globalists.

Meanwhile, according to CBS News, a coalition government led by Meloni is concerning because of Italy’s “disastrous history” with right-wing parties. That is a reference to Mussolini’s political party, which was literally called the National Fascist Party, and which was dissolved 80 years ago after he was executed by communist partisans.

NPR, meanwhile, pointed out Meloni belonged to a far-right youth organization founded by Mussolini's supporters. There is also a video of her, as a teenager, suggesting Mussolini tried to help Italy.

Meanwhile, in what might be an actual example of fascism, YouTube removed the three-year old video of Meloni's speech because it violated its "community guidelines."

Reacting to the Meloni’s conservative views, Gary Bauer of Campaign for Working Families says he is pleased to watch a European leader defending the importance of the family and national borders.

“And I know that she’s a good leader,” he says, “because she’s being attacked by all the right people.”

Curtis Houck, of the Media Research Center, says far-left media outlets have unhappily witnessed recent conservative victories in the United Kingdom and in famously liberal Sweden. Instead of attempting to understand the frustrations of voters, such as crushing taxation in the UK and illegal immigration in Sweden, the reports and news anchors resort to "fear mongering" instead.

"In Italy," he says, "it's 'fascism' and echoes of the Holocaust. In Sweden, it's anti-immigrant 'xenophobic' behavior."

Editor's Note: This story has been updated with comments from Curtis Houck of the Media Research Center.

While a tea party activist doesn't expect Ron DeSantis would directly challenge Donald Trump if the former president decides to run again in 2024, he does argue the two would make a formidable team.