Election Day is inching closer, now under 50 days, and a pro-family group says it is pouring tens of millions in a get-out-the-vote effort.

With less than two months until the midterm elections, Timothy Head of the Faith & Freedom Coalition says his organization is reaching out to voters in 24 states using direct mail, phone messages, and old-fashioned, door-knocking home visits.

“Our goal,” he tells AFN, “is to hit just over 8 million doors by November.”

Across the country, in blue states and red ones, the ballot will be a long one due to U.S. Senate races, U.S. House races, and more than 30 races for state governor.

A single race in a single state could determine control of the 50-50 U.S. Senate, where Democrats are predicted by current polling to maintain control. Those same polls predict the U.S. House of Representatives will flip to the Republican Party, and Head agrees control of the House next year is not even a close call.

“The suspense,” he says, “is probably just around the U.S. Senate right now."

In one example of that suspense, a poll by the Atlanta Journal Constitution shows Sen. Raphael Warnock holds a narrow 46%-44% lead over Republican challenger Herschel Walker.

AFN has reported Walker's campaign was stumbling over the summer but seasoned campaign staffers were sent by national GOP leaders to help the rookie candidate defeat the Democrat incumbent. 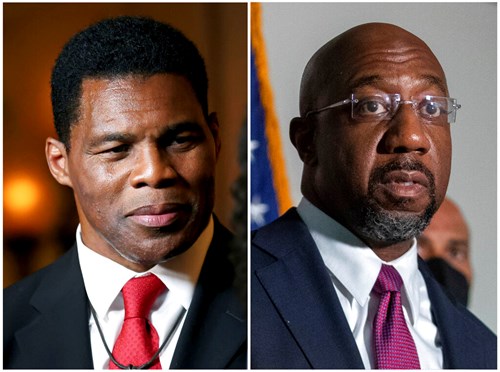 The closer Election Day gets, the more voters will start paying attention to the candidates, Rob Chambers, of AFA Action, says of the fall campaign season.

"Also, the closer you get to the race," he says, "the more reliable the polls will get. People become more focused on what's going on."

According to FiveThirtyEight, the polling firm, Republicans have a 72% chance of controlling the House. The polling firm’s same prediction gives Democrats a 71% chance of maintaining control the Senate.

Florida’s governor has stirred up a hornet’s nest of livid Democrats after dropping illegal aliens in the wealthy, liberal enclave of Martha’s Vineyard, and now everyone from immigration attorneys to a Texas sheriff are vowing to make Gov. Ron DeSantis pay for humiliating them all.