Subscribe
Dick Morris: GOP-led House is a given … so is a Trump ticket in 2024

An author and former advisor to Donald Trump is confident Republicans will take back both the House and the Senate this fall – and he's even more certain Democrats won't be able to prevent the former president from running again in 2024.

The midterm elections are just 70 days away – and while most pundits believe a Republican takeover of the House is a foregone conclusion, many election observers believe Republican control of the Senate remains very much in doubt. Polls show Democrats leading in key states where the balance of power in the upper chamber will be decided.

"Don't buy the Kool-Aid," says political consultant Dick Morris, who predicts GOP candidates in those key Senate "toss-ups" will come out on top. "… Democrats are putting [that spin] out there because they want to dry up the fundraising," he tells AFN. "I think we'll win the House heavily, [and] I think we'll win the Senate with 52 to 55 seats."

For that to happen, the Republican candidate – according to RealClearPolitics' "Battle for the Senate 2022" map – in at least six of those eight toss-ups would have to win. That's not an impossibility, according to Morris.

"…. I think that all of the [GOP candidates] who are supposedly in trouble at this point are going to win," he predicts. "Oz will win in Pennsylvania, Vance will win in Ohio, Walker I think has a very good chance in Georgia, and I think [Democrat Mark] Kelly is going to be defeated in Arizona. I think we're going to do fine."

He adds there could even be some surprises in the Senate results this fall. He reports that in his polling, he has found that even New York's Chuck Schumer – the current Senate majority leader – could be defeated by Republican challenger Joe Pinion. Both RealClearPolitics and FiveThirtyEight, however, suggest that's unlikely.

Dems: Anyone but Trump

Morris isn't finished predicting: He says there's no way the Democrats can use a Civil War era amendment to prevent Donald Trump from running for president in 2024.

In the wake of the release of the heavily redacted affidavit related to the FBI raid on Donald Trump's Mar-a-Lago home, speculation abounds whether the Justice Department will attempt to indict the former president in order to somehow prevent him from being able to run in 2024. According to Morris, Democrats are terrified of Trump running in two years and are pulling out all the stops to derail him. 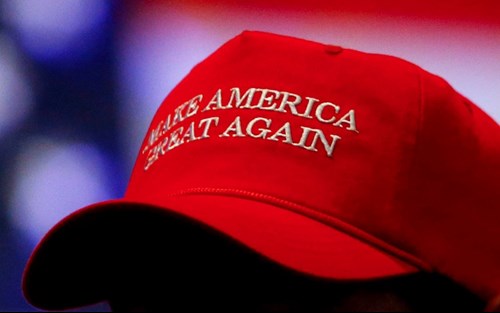 "They would rather have any other Republican than Trump," says Morris, "because only Trump can steal their base [or] do permanent damage [to that base]. Other Republican presidents? They can just wait it out."

Democrats' real objective, he says, is to use the 14th Amendment to prevent Trump from even appearing on the ballot in 2024. Not to worry, he states.

"That [amendment] was adopted after the Civil War to stop the Confederates from running for president and other public offices in the U.S.," he explains. "It's fanciful – and there's no way that that will pass muster. But that's their best hope."

Still, Morris argues that despite there being no reason to indict the former president, it's entirely possible Democrats may try. "It will be tossed by the appellate courts – but you've got to satisfy a grand jury in New York City or Washington, DC … and they're 120% Democrat, no Republicans allowed."

Name-calling – the Democratic tactic du jour. Will it work?

A conservative columnist predicts the Democratic strategy of disparaging Republicans will not work this fall – unless, of course, it's a smokescreen to enable election fraud.