Sen. Mitch McConnell is predicting the Republican Party could suffer serious losses on Election Day because of less-than-stellar GOP candidates, and that prediction is drawing the ire of a political scientist for tossing struggling candidates under the bus.

During a speech last week in front of the Northern Kentucky Chamber of Commerce, McConnell was asked his prediction for the 2022 midterm elections.

“I think there's probably a greater likelihood the House flips than the Senate," the Senate Minority Leader replied. "Senate races are just different, they're statewide. Candidate quality has a lot to do with the outcome."

That not-so-subtle comment about “candidate quality” did not go unnoticed, especially from a seasoned and calculating politician not known for making flippant remarks.

Reacting to McConnell’s comment, Dr. Charles W. Dunn, professor emeritus of government at Clemson University, says he was disgusted by it.

“That's one of the most foolish, most disheartening comments a leader could make,” Dunn tells AFN. 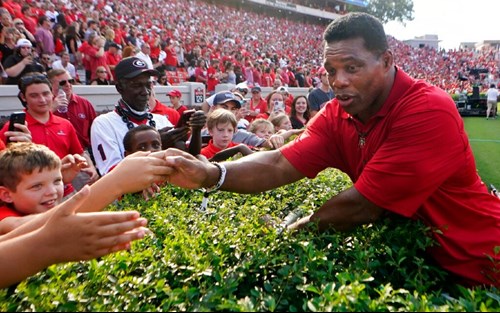 The U.S. Senate is currently split 50-50 with Sen. Chuck Schumer serving as Senate Majority Leader but that delicate balance is expected to shift in November by at least a couple of senate seats.

According to RealClearPolitics, there are eight “toss-up” Senate elections of 14 total races across the country. Of those eight races, four are currently held by a Democrat and four are held by a Republican.

Among the closely-watched races, AFN has reported Dr. Mehmet Oz is in danger of losing that seat to Lt. Gov. John Fetterman and, in Georgia, former NFL great Herschel Walker is trailing Sen. Raphael Warnock by single digits in polls.

Citing the Warnock-Walker campaign fight, Dunn says the stumbling Republican candidate has improved on the campaign trail and polls are showing a single-digit lead for the Democratic incumbent.

“Here you've got Herschel Walker fighting and his leader is saying he doesn't have the quality,” Dunn says. “That is a dastardly deed. You never undersell your people who are fighting for you – never.”

Owing to his years of studying politics, including political races, Dunn says voters will be paying more attention in coming weeks and that means Republican candidates who are currently trailing will start pulling even or even jumping ahead. So that makes McConnell's comments even worse, he says.

"You really don't have to make [Joe] Biden the issue. He is the issue," Dunny insists. "He is the one who has given us all the problems that we as Americans are rightfully concerned about."

The Biden administration continues to claim the Inflation Reduction Act will help people save money on prescription drugs, but some observers say there are negatives that should be considered.