"Rachel" Levine (center), the transgender Health and Human Services official, speaks at a roundtable about "gender-affirming" care that was held June 29 in Florida.

People who identify as transgender deserve sympathy for their confusion and professional help for their mental problems but they don’t deserve civil rights-level rights guaranteed by the federal government, says a conservative activist.

House Speaker Nancy Pelosi is planning for the Democratic-led Congress to hold a voice vote on House Resolution 1209, which recognizes it is the “duty” of the federal government to create a “Transgender Bill of Rights” and codify it in federal law. 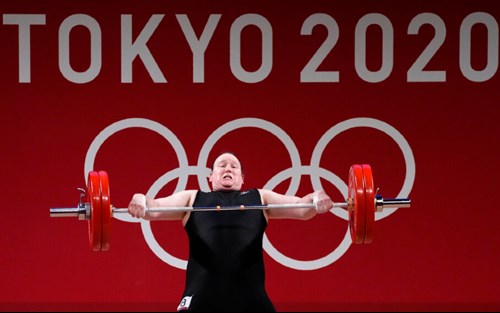 Among numerous demands, such as repealing state laws that block young children from undergoing “gender-affirming” surgeries, and forcing sports team to allow transgenders to wear the uniform, the resolution calls on Congress to amend the Civil Rights Act of 1964 to include “gender identity” alongside black Americans. The resolution also calls for the U.S. Dept. of Justice to enforce the “civil rights” of transgender people.

“The devil's truly in the details,” Greg Quinlan, speaking for New Jersey-based Garden State Families, says of the lengthy resolution. “It literally rapes the Church, and anyone else, of any freedom to speak against transgenderism, [to] try to help someone who identifies as a transgender. So this is a dangerous piece of legislation."

The decision by the Far Left to defend and celebrate transgender people is seemingly a bizarre decision, since the issue at its core is recognizing mental illness. Like a schizophrenic person who hears voices, a transgender person’s mind is at war with the body and the biological reality of DNA, chromosomes, hormones, and sex organs. 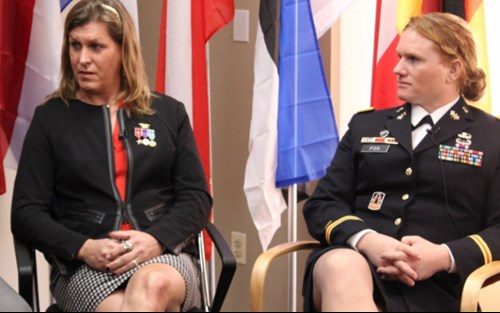 "There are people that think it’s something we want. I didn’t want it at all," Benita Arren, a wife and mother, told Nature.com for its story on a European study of transgender people and their brain development.

Yet even when a serious issue such as suicide is addressed – Resolution 1209 demands more spending on suicide prevention– it is claimed by left-wing activists that an uncaring classmate or hateful co-worker using the wrong gender pronoun triggers suicidal thoughts.

Even though that suicide rate hovers at 40%, it doesn’t help that trans activists and their allies successfully pressured the American Psychiatric Association in 2012 to drop the term “Gender Identify Disorder” and replace it with “Gender Dysphoria.”

That was done to reduce the “stigma” of being diagnosed with a mental disorder, the APA acknowledged at the time.

On the website for the Florida-based "Transinclusive Group," for example, the non-profit provides a grocery stipend, housing assistance, HIV testing, and a notary for documents, but mental health goes unmentioned. Even a search for the term "Gender Dysphoria" on its website found no matches.

Beyond the serious issue of mental health care, the Left has chosen the side of transgenders over its own heroes such as tennis great Martina Navratilova.

Even the nomination hearing for Ketanji Brown Jackson, who now sits on the Supreme Court, revealed how the Far Left views basic biology because a man (actually a biological woman) can get pregnant.

“It's time for us to get back to science, and to get back to the realities of biology,” Quinlan warns, “and stop endorsing these alternative lifestyles which are harming children, harming our society.”

Definition of 'legislature' causing a fuss

A former Justice Department attorney isn't sure if the Supreme Court is "ready to swallow" an idea that would solidify state legislatures' control over laws governing federal elections.