Election-year fear-mongering is nothing new for politicians, especially if they fear getting pummeled by their opponents, but a Democrat congressman has upped the ante by warning that racist Republicans want violence in the streets, and even a civil war, if they win in November.

In an appearance on MSNBC, Rep. Jamaal Bowman (D-New York) was asked by the GOP-bashing news network to predict what a GOP majority would look like if Democrats are tossed from power in the U.S. Senate and U.S. House, which polls suggest is very likely in the evenly-split Senate.

The congressman predicted, first of all, that a GOP majority would dismiss the findings of the January 6 Committee. He also predicted Republicans would impeach President Joe Biden, too, which is not a wild prediction considering Democrats were warned when they impeached Donald Trump twice. 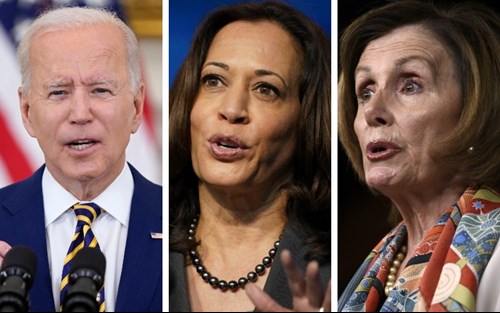 But race and racism are a fixation of the Democratic Party, which relies on minority voters as a reliable base, so the congressman ominously said the country should fear “white nationalists” who gain power on Election Day.

“We’ve got to understand that this is a group that has been radicalized by the ‘great replacement’ myth, and many other things,” Rep. Bowman warned, “and have been pushing for violence and pushing even for civil war.”

The congressman has reason to worry, but not from white-robed Klansmen taking power on Capitol Hill. This week, in a Texas congressional district, Democrats watched Hispanic candidate Mayra Flores flip a House seat to the GOP in a 51%-43% win. Biden won the seat in 2020 by five points.

CNN, which is no fan of the Republican Party, was reporting in April that polling showed black voters, Latino voters, and young voters were abandoning the Democratic Party. At the time, Gallup was reporting a swing in political support when a gallon of unleaded was still hovering at $3 a gallon. Back then, just a few months ago, Democrats had yet to tell the public record-breaking gas prices and runaway inflation were Russia's fault.

According to the Cook Political Report, in a June 2 summary, House Speaker Nancy Pelosi will likely witness Democrats maintain their slim majority but the GOP could gain so many seats it will rival the GOP "high-water" mark from 1928. Yes, 1928.

Meanwhile, the poll numbers for President Biden have been hovering below the pivotal 50% approval for approximately 10 months, since the summer of 2021, AFN recently reported. 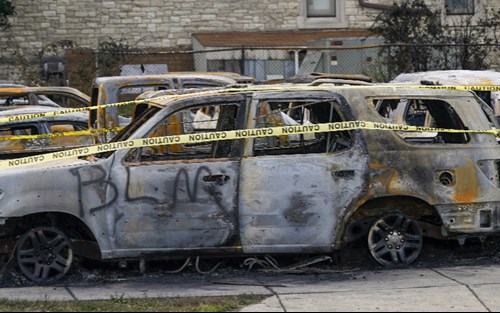 Responding to the congressman’s warning, Gary Bauer of American Values says the American public knows it was radical Leftists who burned down businesses for weeks and months in 2020 during race riots stemming from George Floyd’s death.

In just a two-week period, during the summer of 2020, 14 people were killed during 19 protests and riots, Forbes also reported.

A year of rioting, arson, looting, and vandalism was estimated to cost as much as $2 billion, making them the most expensive in U.S. history, The New York Post reported.

Bauer also points out radical abortion supporters have firebombed or vandalized 59 churches and pro-life pregnancy centers over a matter of weeks after learning Roe v Wade could be overturned. The reaction from the Left has ranged from utter silence to open support, even when abortion-rights vandals struck a black congregation and its tiny church in Mississippi.

"We don’t preach abortion. We preach Jesus Christ," Elmore Armistad, a church deacon, said of the graffiti. "It just don’t add up.”

Despite a documented string of left-wing violence, Bowman went on to warn that democracy is “hanging by a thread” and the lives of “black and brown people” are in danger.

So how can a congressman accuse the other side of being dangerous and violent, when it is his supporters and voters who are harming others?

According to Bauer, demonizing your opponent when your side is committing wrongdoing is how you inch toward a totalitarian government.

“This is the way,” he warns, “you soften up a population for persecution of a particular group in our society.”

'Assault' on 2nd Amendment can still be stopped

A Second Amendment advocate believes some Republican senators who have agreed in principle to bipartisan gun legislation can be convinced to walk away from the agreement.