Caving to pressure to take action, President Joe Biden announced this week the U.S. will ban imports of Russian oil to punish Vladimir Putin and his military invasion of Ukraine, and now the American public is witnessing the fossil fuel-hating White House blame Putin for record-high gas prices.

After the President announced action against Russia on Tuesday, the White House and their media allies were ready with a social media hashtag, #PutinPriceHike, to lay the blame for rising gas prices on Russia’s president.

“This is the #PutinPriceHike in action,” wrote Kate Bedingfield, communications director at the White House, “and @POTUS is going to use every tool at his disposal to shield Americans from pain at the pump.”

That brazen statement, which she posted to Twitter, contains two lies in one sentence: The price of gas and diesel has been rising every month Biden has been in office, and the Biden administration has openly said the “pain” felt by Americans is ultimately good because our future is driving electric vehicles and using solar panels on our homes.

Then-President Donald Trump warned voters about their far-left plans during his 2020 re-election campaign.

Pete Buttigieg, the Transportation Secretary now back from paternity leave, did just that this week when he insisted that Americans “from rural to suburban to urban communities can all benefit from the gas savings of driving an E-V.”

Michael Regan, who leads the Environmental Protection Agency, was much more honest this week about the administration's goals for American drivers.

"We're pressing the accelerator to reach a zero-emissions future sooner than most people thought," he said during a White House meeting.

So the American public, on Tuesday, witnessed the Biden administration’s plan: They will keep hurting already-struggling people until they relent to “green energy” plans, and they will blame Russia’s hated president for it.

According to website GasBuddy, the U.S. averaged $4.10 on Monday for a gallon of regular unleaded. That price broke the record average which was set in 2008.

The price of diesel, currently averaging $4.63 a gallon, is likely to break the record of $4.86 in coming weeks, the website predicted. 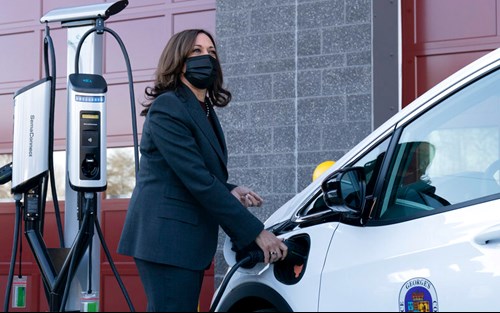 On Tuesday, the same day he announced the U.S. is punishing Putin, Biden was asked by a reporter if he has a message to the American people about gas prices.

“They’re going to go up,” he replied.

Asked what his plan is to get those gas prices down, he replied, “Can’t do much right now. Russia is responsible.” 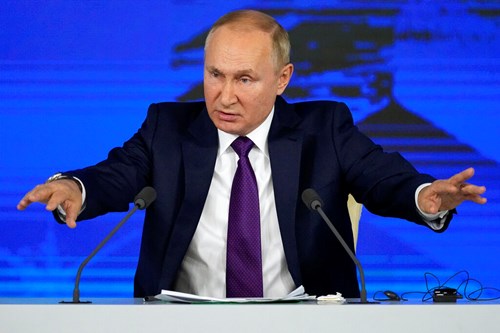 “I mean,” Jen Psaki unhappily replied, “if you want to use that on Fox, I welcome that.”

Doocy, not done with his stinging questions, pointed out that Biden has blamed rising gas prices on the COVID-19 pandemic and supply chain problems, and he is now blaming Putin.

"Reminder: They don’t care about you being slaughtered at the pump," radio host Jesse Kelly wrote in a Twitter post. "They wouldn't care if you had to pay $100 a gallon. They only care that you might blame them."

Editor's Note: This story has been updated with a comment from EPA chief Michael Regan.

The federal government has a new warning for states seeking billions of dollars from President Joe Biden's infrastructure law.