Subscribe
GOP held advantage but Democrats got 'aggressive' at gerrymandering

GOP held advantage but Democrats got 'aggressive' at gerrymandering

A high-stakes political fight is happening right now in state legislatures, where lawmakers are redrawing congressional districts after the 2020 census, and it appears outnumbered Democrats have been willing to play for keeps and win the day in a courtroom and on a committee.

In a Jan. 24 story, NBC News reported on the Democrat Party's willingness to fight dirty on redistricting like this: Democrats were nervously expecting more than a dozen seats in the U.S. House to get redrawn by GOP-led legislatures but, the story states, that “anxiety is beginning to ease” despite all of that concern about partisan politics.

And why is that? Because the Democrats engaged in some “aggressive map drawing of their own,” the news story states. That “aggressive map drawing” is another way to describe gerrymandering, which is when politicians use their boundary-drawing power to manipulate lines to help them gain or hold onto political power. 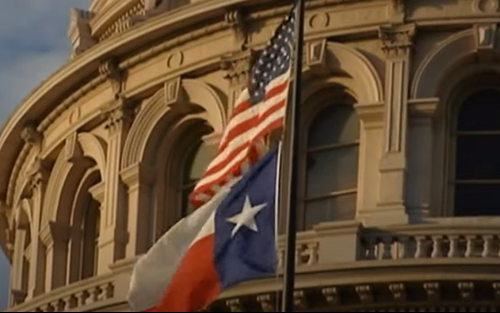 After the 2020 census, Democrats were bracing for a loss of seats because Republicans controlled the state legislature in 23 states compared to just 14 states controlled by Democrat lawmakers. Both political parties are accused of gerrymandering right now, such as Republicans in Texas in North Carolina, and Democrats in New York and Illinois.

“We have stymied [Republicans’] intent to gerrymander their way to a House majority,” Kelly Burton, who leads the National Democratic Redistricting Committee, told NBC News.

Gary Bauer, who leads the Campaign for Working Families, tells AFN political observers expected Republicans to put Democrats in a disadvantage but it appears the GOP is losing and Democrats keep winning.

“It looks like, when it is all said and done,” Bauer says, “it will actually be liberal Democrats that have maybe two to four more liberal Congressional districts than they had before."

After suing to stop Republicans, Democrats are repeatedly winning in courts during 2021 when they couldn’t win in the state legislature, The Hill reported in a Feb. 7 story. The redistricting by Republicans in North Carolina, for example, was thrown out as well as new congressional lines in Ohio and Pennsylvania, the story said.

Republicans are suing in New York, where a proposed congressional map would cut the number of Republican lawmakers in half. In Maryland, the state’s only Republican member of Congress is eliminated in the proposed new lines.

The redrawn congressional lines may still favor the Republican Party when they are finalized, Bauer says, but Democrats have proven to be “extremely aggressive” at gerrymandering while accusing Republicans of the same thing they are doing.

Conservative leader has lots of issues with 'ideal' GOP candidate

A pro-family activist in Pennsylvania says Republican voters shouldn't be fooled by a former U.S. Army officer who has thrown his hat into the ring for a U.S. Senate seat.