President Joe Biden is blaming you gun owners for a crime wave in America’s biggest Democrat-run cities, and promising to punish you for it, but a gun-rights advocate says Democrats caused record-breaking guns sales after causing a crime wave.

"We're not changing the Constitution. We're enforcing it," the semi-coherent president (pictured above) said a press conference to announce the sweeping plans.

Reacting to this week’s anti-gun announcement, Mike Hammond of Gun Owners of America tells One News Now he is thankful for one thing: the Senate filibuster.

A spokesman for the National Rifle Association called the White House crime prevention announcement a “political red herring” that is hiding the administration’s failures.

“Crime rates are high because of the efforts to defund the police,” the NRA said, “and a failure to prosecute career criminals.” 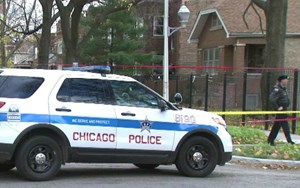 Both of those claims from the NRA are easily proven true. Far-left mayors and city council members slashed police department budgets in at least 13 major cities last year, Forbes reported, only to witness crime skyrocket after doing so.

An example of budget cuts came from Austin, Texas, a liberal-run city of 950,000, where a unanimous city council vote slashed almost one-third of the police budget last August. Those funds were reallocated for food for the poor and abortion. Four months later, two weeks before Christmas, the city’s homicide hate had jumped 54% over 2019, a CBS News affiliate reported.

“We are a large growing community,” Austin’s police chief said, “and removing 150 police officers from our police department will have impacts.”

Revenge on cops is killing people

In a well-timed response to Biden, The Daily Signal this week published an investigative story on skyrocketing crime rates in six major cities, such as Chicago and Baltimore, where Democrat politicians openly called for slashing police budgets to protest police bruality against minorities. 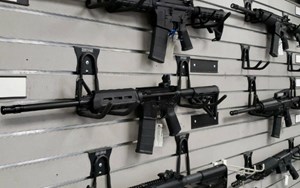 “This is just the beginning,” then-City Council President Brandon Scott promised last year, “and I intend to continue leading this process to redirect our public dollars and reimagine public safety in Baltimore.”

Scott is now the mayor of Baltimore, where the city prosecutor has announced there will be no more arrests and charges for prostitution and drug possession that are considered minor offenses.

The conclusion of the Signal story is that since crime is most prominent in minority neighborhoods, that means more minorities are being robbed, shot, and murdered because politicians are seeking revenge on the cops who patrol their neighborhoods.

Hammond tells One News Now that punishing police departments ironically helped pushed firearms sales because the public knows full well that a social worker is not going to protect your home during a break-in.

By the end of 2020, the FBI had conducted 21 million firearm background checks, Fox Business reported in a January story. The 2019 total was 13.1 million.

“Americans correctly understood that this was nonsense,” Hammond sales of slashed police budgets, “that the government and the Left were endangering them, that they and their families were at risk.”

A longtime friend of Mike Pence says the former vice president, who was booed last week as he delivered a speech, is the target of public frustration over a controversial election and the questionable claim that Pence could have used his public office to stop the certification of electors.