A social media post from a top GOP official stirred up the Left after she praised “Pride Month” and acknowledged religious objections to homosexuality in the same statement, symbolizing the culture war that is raging beneath an increasingly influential rainbow flag.

Ronna McDaniel, who chairs the Republican National Committee, jumped in line behind countless corporations, Kellogg’s cereal, and Democrat politicians to recognize “Pride Month” on behalf of the national Republican Party.

In the June 2 Twitter post, McDaniel also claimed the Republican Party has “doubled our LGBTQ support over the last four years, and we will continue to grow our big tent by supporting measures that promote fairness and balance protections for LGBTQ Americans and those with deeply held religious beliefs.”

“It's bad enough when one party is militantly pro-LGBT, and anti-family, and anti-biological truth,” responds Arthur Schaper of Mass Resistance. “But if both parties descend into this madness, it really shows a serious cultural decline in our country.”

McDaniel’s claim of growing support for the GOP generated a stream of mockery from left-wing Twitter users, but that comment was nothing compared to the online anger McDaniel generated by mentioning “deeply held religious beliefs,” a nod to Christianity that angers the religion-hating Left that views the Church as an enemy of progress.

“I think we should determine your rights by someone else’s religious beliefs,” one angry commenter wrote to McDaniel. “I get to pick the religion. Fair?”

“‘Deeply held religious beliefs’ is a dog whistle,” another Twitter commenter wrote, “and the ones you speak of will always be in direct opposition to the LGBTQ community.”

That person’s suggestion of “direct opposition” is, in fact, quite true among religious conservatives who hold to the orthodox biblical belief that marriage was instituted by God, dating back to Adam and Eve, and anything other than that is anti-God and anti-biblical.

The biblical view of marriage mirrors a culturally conservative view, too, which is that the traditional two-parent household strengthens the neighborhood and the local school, and thus the traditional family is the foundation of Western Civilization. 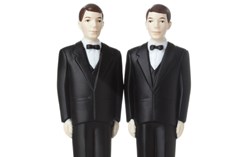 Obama advisor David Axelrod has since admitted Obama actually held a liberal view of homosexual marriage at the time, which means he was flat-out lying at Saddleback Church, but the U.S. senator understood the religious view of many Americans at the time.

For many Americans, 13 years later, their beliefs have not "evolved" as Obama's supposedly did thanks, in part, to their own eyes:

*“Transgender girls” are praised and defended by a deceptive media that attempts to tug at your heart, and skip over basic biology, at the same time

*The claim that men can menstruate, and men can get pregnant and give birth 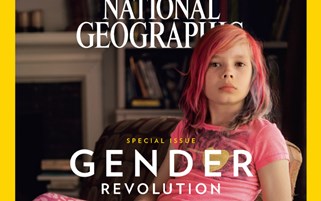 *A newborn baby is welcomed into a “family” that includes husband and wife, and the couple’s girlfriend

The birth of the homosexual-rights movement is often traced to the “Stonewall Rebellion” in 1969, and since that time several generations welcomed “Will and Grace” into the living room; been assured over and over that “Love is Love;" and were promised that “marriage equality” is about recognizing your lesbian neighbors are normal parents, too.

Yet parents and adults are also noticing a new target: their children. After all, a cereal maker is inviting their children to choose their gender pronouns by way of a cartoon Tiger who first appeared in the 1950s. On the venerable Nickelodeon, which slimed kids on "Double Dare" in the 1980s, drag queen Nina West is now singing to kids (pictured below) during “Pride Month” about the meaning of the rainbow flag colors. 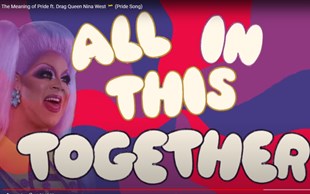 “Orange means healing and we have to persist,” the purpled-haired man dressed in drag sings, “in working to heal the world and healing ourselves.”

YouTube comments on the two-minute video, which is featured on Nickelodeon’s official page, are notably turned off. That decision can likely be attributed to the “haters” and “homophobes” posting unkind comments.

“It is foolish politically, but most importantly culturally and spiritually,” Schaper warns, “to be pandering to a small segment of the population which isn't even stable.”

Texas gov.: 'Start arresting everybody coming across the border'

Fed up with the Biden administration’s open border policy flooding Texas with illegal immigrants and skyrocketing crime, Gov. Greg Abbott (R-Texas) declared his state is taking things into its own hands by cracking down on all who illegally cross into Texas.