Democratic lawmakers in Texas are grandstanding over a Senate election bill that is poised to become state law, says a veteran of conservative politics, and her advice to Republicans is ignore the accusations and protect election integrity.

Gov. Greg Abbott has announced he will call a special session after angry Democrats staged a weekend walkout in the House of Representatives to block passage of an election bill that has passed the state Senate and was sailing toward passage in the GOP-controlled House.

According to an Associated Press story about Senate Bill 7, which is 67 pages long, the legislation cuts back on early voting, bans drive-through voting, and makes it a felony to send unsolicited ballot applications through the mail.

“Additionally,” the AP reports, “the bill would require people who are helping voters to disclose their relationship to the voter, whether they were paid to help and whether the voter is eligible to receive assistance and could face a state jail felony for violations.” 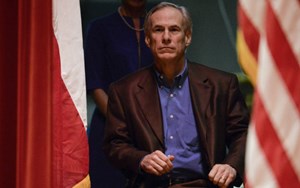 The bill also gives more legal authority to poll watchers by giving them more access to do their jobs, and the legislation allows for an election worker to be charged with a crime for attempting to block poll watchers from observing.

Cathie Adams, a former chairman of the Republican Party of Texas, tells One News Now that Texas voters chose Donald Trump on Election Day but that doesn’t mean Democrats didn’t cheat, for example, during drive-through voting that occurred in the Democrat stronghold of Houston.

According to the AP story, Houston and Harris County allowed drive-through voting for the presidential election but a court blocked an attempt by election officials to send mail-in ballots to every registered voted.

“So we had a lot of things that were questionable in Texas,” Adams recalls. “I was really grateful that Texas did carry for Trump but it was iffy."

Former House speaker has 'no room to talk'