An organization that monitors Christian persecution around the world is questioning why a country responsible for more than three-fourths of the Christians who died for their faith in one year had an unprecedented short stint on a federal "religious freedom" watch list.

In the last full year of the Donald Trump administration, Nigeria was finally added to the State Department's list of Countries of Particular Concern for violations of religious freedom. In 2021, nearly 6,000 Christians were killed for their faith around the world, marking an approximate 25% increase from the previous year. Shockingly, Nigeria accounted for 80% of those deaths – vindicating its position among persecuting nations.

But inexplicably, in November 2021 the U.S. government removed the African nation from its list of countries that violate religious freedom – despite being the "world's scariest country to be a Christian," according to International Christian Concern (ICC).

American Family News spoke to Jay Church, ICC's advocacy manager for Africa. Church admits being disappointed in the ability of the U.S. government to hold the West African nation to account. He explains that the International Religious Freedom (IRF) Act of 1998 created two parallel offices which focused exclusively on religious freedom: one within the U.S. State Department and the other under Congress.

The congressional counterpart to the State Department office is called the U.S. Commission on International Religious Freedom (USCIRF). That office, Church explains, is responsible for publishing an annual report that recommends countries to be put on a sanctions list for violations of religious freedom, while the State Department office is responsible for actually creating the list.

"[The State Department] can take or leave USCIRF's recommendations," he adds. 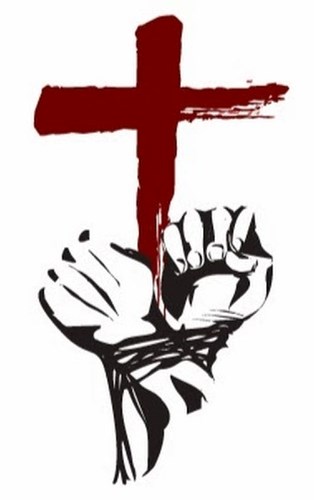 Nigeria was under the microscope

For 14 consecutive years, the ICC manager points out, USCIRF had recommended that State put Nigeria on the Countries of Particular Concern (CPC) list for violations of religious freedom. That list, Church explains, is the "more severe" of two categories from which State can choose; the other is the Special Watch list.

But during that time, "the State Department had chosen to go contrary to the recommendation" by USCIRF, notes Church – until former Vice President Mike Pence helped the Trump administration focus on international religious freedom.

"Issues were pushed forward more aggressively … [and finally], for the first time, in 2020 Nigeria was added to the CPC list under the Trump administration" – to the delight of USCIRF and other human rights organizations, notes Church.

However, under the new Biden administration in 2021, the State Department then took Nigeria off the list.

"Not only were they not even downgraded to the Special Watch list," Church laments, "[the State Department] didn't mention religious freedom violations at all. [That] drew a lot of uproar and a lot of frustration among Christian communities in Nigeria and around the world."

Why is this important?

Church explains that when a country is removed from the CPC list, it effectively removes State Department requirements to interact with that country – in this case, Nigeria – in a certain way.

"When the State Department interacts with their counterparts in the Nigerian government, [State is] required to bring up religious freedom issues in those meetings," Church tells AFN – adding that once a country is on the list, it also receives a number of sanctions: "It triggers pressure from the U.S. to Nigeria."

"But since they've been taken off the list," Church continues, "State can now have meetings with Nigeria without having to bring up religious freedom issues – [and] there's also no longer the threat of sanctions for violations."

The ICC manager contends Nigeria should have been required to face inquiries regarding the sharp rise in the persecution of Christians, and prove that it had improved in the area of religious freedom. He shares he would have liked to see "markers of success, [showing that the African country] understands each concern and addresses them."

"The goal isn't to have countries on the CPC list indefinitely, but it's to work them off the list," he concludes. But in Nigeria's case, "being taken off the list after one year was unprecedented."

A Catholic leader who has been referred to as "the conscience of Hong Kong" is in "hot water" with the Communist Party.