NBA co-owner shrugs off China's genocide and everybody knows why

The billionaire part-owner of an NBA team was caught in a moment of brutal honesty in his own podcast, admitting he doesn’t care about China’s torture of its native Uyghur population, and the backlash for being honest has been brutal, too.

On his own “All-in” podcast, Golden State Warriors co-owner Chamath Palihapitiya told co-host Jason Calacanis he would be lying if he claimed he cared about the plight of the Uyghurs, referring to the ethnic Muslim minority that is imprisoned, tortured, and used for slave labor by the communist government.

According to CNBC, co-host Calacanis was praising the Biden administration for condemning China’s human rights abuses when the billionaire co-host dunked on the idea of holding China accountable for its human-rights abuses.

“Let’s be honest,” Palihapitiya bluntly replied. “Nobody, nobody cares about what’s happening to the Uyghurs, okay? You bring it up because you really care. And I think that’s really nice that you care but--”

“What?” Calacanis replied. “What do you mean nobody cares?"

That moment of “hard truth” is creating problems for the NBA co-owner, who has predictably backtracked from his moment of honesty, but it mirrors the cold-hard view of major U.S. corporations that are making billions of profits in China. To do so, those Fortune 500 companies must willingly ignore the country’s abuse of its people, including political prisoners who are making products that flow back into the U.S and sit on our store shelves.

Basketball is the most-watched American sport in China, too, where a huge fan base hands over an estimated $500 million annually, USA Today reported in a 2019 story.  That year, the NBA signed a five-year contract with Chinese tech firm Tencent to air NBA games in China.

That $1.5 billion deal amounted to the largest-ever business deal for the NBA outside the United States, the story said.

The lucrative fan base in China is why the NBA has expressed anger at Enes Kanger, the Boston Celtics center who is Muslim and who runs the court with messages such as “Free China” and “Stop Genocide, Torture, Rape, Slave Lavor” on his sneakers.

Reacting to Palihapita, Kanger told Fox News it was “disgusting” to hear him shrug off China’s abuse of its own people. 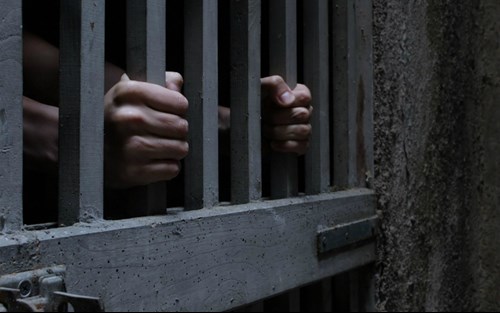 “What's happened to the Uyghurs is one of the worst human rights abuses in the world today, and there's a genocide happening while we're talking right now,” Kanger said. “And he's going out there and saying, ‘I could care less.’”

Frank Gaffney of the Center for Security Policy tells American Family News the Chinese Communist Party is committing “mass murder” of its own people because they are Muslims.

“It means systematic torture and imprisonment, and rape and other horrors, that have been inflicted on these people,” he says, “simply because the Chinese communists have chosen to oppress them.”

There is no excuse, Gaffney adds, for the U.S. to participate in the upcoming Winter Olympics in a nation that is committing human atrocities.

Despite his candid comments, Palihapita responded to public backlash by claiming he cares about “human rights” but came across as “lacking empathy” in the podcast. He stated that “human rights matter, whether in China, the United States, or elsewhere.”

Released prisoner is still in danger

Though a Pakistani Christian is no longer in prison, an organization concerned with the human rights of Christians and religious minorities says he still faces potential harm.