Subscribe
Listing all the parts in Looting Party's scare machine

Listing all the parts in Looting Party's scare machine

If climate change doesn’t scare you, then how about the latest panic in the form of Omicron, the new COVID threat that sounds like a villain in a Spider-Man movie.

If you haven’t been unduly anxious lately, just open a newspaper or tune into a TV network like CNN.

Scaring the public is the media’s reason for being.

Not the suits who run the media, understand. The suits may be stylishly “woke,” but they’re in the business to make a buck. I’m talking about the so-called journalists. They are steeped in Marxist theory they learned in college and which they never outgrew. They are the Looting Party’s ministry of propaganda.

Every day, they tell us how the world is ending unless we give the Democrats everything they want, from lockdowns and vax and masking mandates to confiscatory taxation, millions more illegal immigrants, racist anti-White school curricula, transgender subsidies, higher gas prices, consequence-free pillaging, defunding police and extremist environmental policies.

Here’s another case in point, this time about global warming:

“Arctic future of more rain, less snow, looms on the horizon,” says last Wednesday’s Washington Post headline. We’re told from a study in the publication Nature that the Arctic will be wetter by 2060 or 2070, and that it will wreak havoc all over the planet.

Buried in the text is a spasm of honesty: “The models that scientists use to estimate precipitation through 2100 are inherently uncertain, given the lack of data from direct observations of rainfall, snow, wind, and temperatures across the vast region.”

In other words, they can’t measure the weather. Instead, climatologists put data into their models to make the case to kill fossil fuels and keep those grants coming. 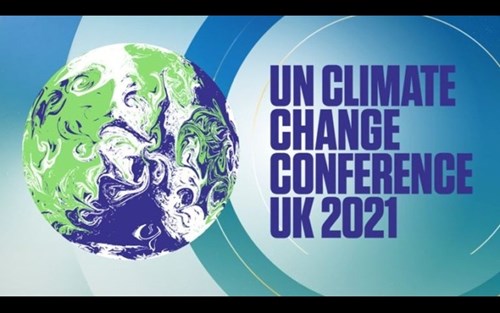 “Melting permafrost could release massive amounts of planet-heating gases such as methane and carbon dioxide,” the Post warns, citing the study. Here’s the best part: “The ‘greening’ of once-frozen landscapes could provide fuel for ravenous wildfires that spew more greenhouse gases into the air and further warm the atmosphere.”

So, more trees, bad. Don’t want “ravenous wildfires.” What about trees absorbing carbon dioxide and creating oxygen? Isn’t that why we plant trees and oppose “de-forestation?”

Anyway, Big Media’s “climate” coverage might be summed up this way: “Run for your lives!”

If climate change doesn’t scare you, then how about the latest panic in the form of Omicron, the new COVID threat that sounds like a villain in a Spider-Man movie. Omicron’s advent sent markets plummeting and invigorated the Looting Party’s would-be dictators from Joe Biden and Anthony Fauci to city and state officials drunk on Old Mandate 2020.

Some of them seem positively giddy that they have a new excuse to micromanage America’s private sector. When Biden announced his draconian, unconstitutional OSHA vaccination decree, he said it would affect government agencies and only companies with 100 or more employees. But that was a lie. It was intended to go all the way down the supply chain.

A friend in South Carolina works for a manufacturer who sells to retail businesses. One of those businesses sells to a company that does some work for the federal government. So, my friend’s small company with a handful of employees was told to comply with the COVID-19 vaccine mandate on government contractors – or else.

Even though federal judges in Missouri and Louisiana have issued injunctions halting the vax edict, Biden has insisted that it be obeyed. Democrats take courts seriously only when they do things like overturn abortion restrictions and marriage laws or allow men to invade women’s locker rooms.

The Democrat-run city of Charleston, South Carolina issued a vax mandate in September forcing all employees and volunteers to get the shots by November 22 or face a layoff. A federal judge rejected a lawsuit by 125 Charleston-area police officers and firefighters who resisted the mandate like thousands of other first responders and medical personnel across the country.

Atop it all, presiding over the latest media-fed panic, is the Vaxxing Czar.

In July, Anthony Fauci was named Humanist of the Year by the American Humanist Association. 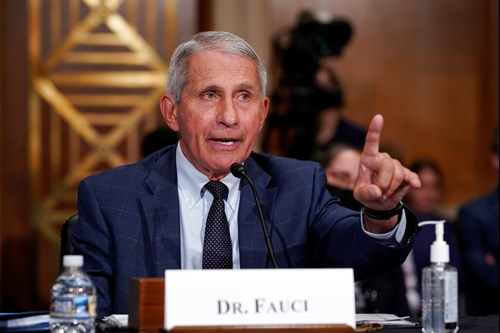 “Dr. Fauci has identified as a humanist and mentions that he aligns with humanist values,” the Association said, quoting Fauci: “I look upon myself as a humanist. I have faith in the goodness of mankind.” This might explain a lot, though there are good-hearted, patriotic humanists out there.

Fauci, who got caught lying bald-faced before Congress over gain-of-function research at the Chinese Communist Party’s Wuhan lab, also said, “I’m less enamored of organized religion than I am with the principles of humanity and goodness to mankind and doing the best that you can.”

Organized religion, which is mostly Christianity and Judaism in the United States, holds that human beings are sinful by nature but also created in the image of God. We are redeemable, and every human life is precious. No one is to be treated as a means to an end, which is why aborting babies for body parts is especially odious.

However, if you believe, like Fauci, and the Chinese Communist Party, that we are all merely cosmic accidents devoid of any divinely conferred eternal significance, it’s not a stretch to see people as cattle to be managed and perhaps even experimented on – for the greater good. How else to explain Fauci’s rush to inject an experimental drug into five-year-old children who are not remotely vulnerable to COVID but who could suffer short- and long-term complications from the shots?

Once again, the Looting Party’s Big Media is playing its part, suppressing information about adverse effects and alternative treatments while pushing scary scenarios that advance universal vaccination – even for small children.

Whenever they feature one of their “run for your lives!” stories, it’s best to tune them out, seek reliable information and hold your loved ones closer.

As crises mount, Kamala Harris is out of sight

Given her abysmal record as border czar, it makes sense that VP Kamala Harris would abstain from the media spotlight. A consummate politician, Harris would rather lie low than face the scrutiny. But that's the opposite of leadership.