It is all team play in American politics — and now the captain of that team is an 80-year-old guy with a bum ticker who struggles to read the teleprompter and just caught COVID.

According to the White House, President Joe Biden’s case of COVID-19 is mild and the 79-year-old Democrat is diligently toiling away. “I’m doing well, getting a lot of work done,” Biden said in a short video released Thursday. “Thanks for your concern and keep the faith. It’s gonna be OK.”

Taking any White House at its word is risky — particularly one that still uses the phrase “Putin’s Price Hike” — but even if it is true, the political prognosis is not “OK.” Biden’s diagnosis is problematic for Democrats in general and American Democrats in particular.

First, it is a reminder of the one inescapable truth of 2022: Joe Biden is old. Very old. And he is getting older every day. 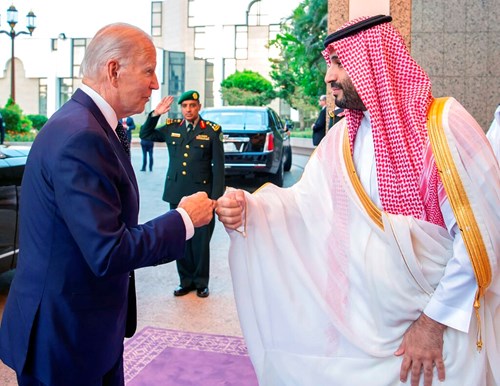 The White House has gone to extreme lengths to keep Biden from getting infected (Operation Fist Bump?), and the reason was obvious. At his age — he’ll be 80 in four months — risks from COVID-19 are high. Plus, as Americans were repeatedly reminded on Thursday, Biden also has high cholesterol and a heart condition.

Second, the COVID diagnosis puts even more of the midterm focus on the president. Just as Republican candidates from U.S. Senate to selectmen were peppered with questions about Donald Trump’s tweets, Democrats are going to be asked about Joe Biden’s health. Do you truly think he is up to the job? Are you really going to back him in 2024?

American elections have been largely taken over by “team voting.” Ticket-splitting is becoming increasingly rare. According to an analysis by the liberal media outlet DailyKos, there was an average of 70 congressional split districts in each election cycle since 1992. That means districts that a presidential candidate of one party carried while it elected a member of Congress from the opposite party.

Since 2012, that average has fallen to 29 districts. In 2020, there were just 16. This is why Cook Political Report now ranks both congressional districts in New Hampshire as toss-ups.

It is all team play in American politics. And now the captain of that team is an 80-year-old guy with a bum ticker who struggles to read the teleprompter and just caught COVID.

And then there is the impact of Biden’s diagnosis on Vice President Kamala Harris. 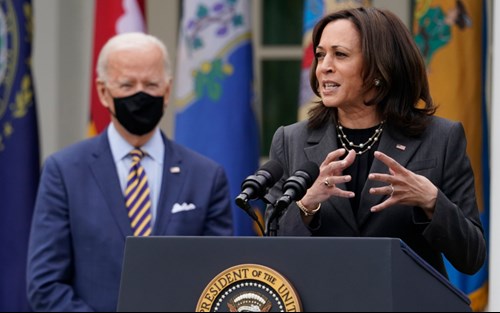 With Biden setting new records in lousy polling, it is easy to forget that he still polls better than his veep. The sheer panic in the voices on cable news over the prospect of a President Harris was palpable on Thursday. Republicans may have joked about dropping to their knees and praying to the Lord to spare Joe Biden, but it was only funny because it is true.

What’s Harris’ problem? Biden was nominated by Democrats in order to block the Sanders/AOC wing of the party from taking over. The Democratic electorate believed Biden was liberal enough, and he could deliver the White House from both Trump and the extremes in their own party.

Harris represents that progressive extreme — fairly or unfairly. Every conversation about Biden’s health leads to one about a Harris presidency. For Republican challengers, that is a “twofer.” Two reasons to fire incumbent Democrats and send a GOP majority to D.C, to keep the White House in check.

While Biden’s poll numbers are now lower than Trump’s, one difference is there is no non-stop media effort to have Biden removed from office. During the Trump years, cable news and The New York Times were full of fantasies that Robert Mueller or Michael Avenatti would burst out of a courtroom waving a document, crying “He must go!” and Trump would be frog-marched out of the Oval Office.

Nobody today, with the glaring exception of Donald Trump, is even trying to get Biden removed from office early. Whatever Republican voters believe happened, they are not trying to undo the last election. They are getting pumped up to vote in the next one.

November is going to be all about Biden. There is no booster shot to prevent that.

The Book of First Peter tells you to "gird" up your mind and follow the "schematic" of God. Put on God's perspective and train your mind to bring stability, peace, and joy to your life.