Christians across America should be speaking and honoring the names of the five Major League Baseball players who stood courageously for their Christian faith and the scriptural commands against homosexuality -- but why aren't we?

Joy Lucius is a staff writer for The Stand, a monthly publication of American Family Association.

In case you missed it, Saturday, June 4, 2022, was designated as Pride Night at the Tampa Bay Rays' Tropicana Field.

Sponsored by Chevrolet, the Major League Baseball game between the Rays and the Chicago White Sox started at 4:10 p.m. and was billed as a way to “celebrate, recognize, and encourage equality and diversity within Tamp Bay.”

As a part of national Pride Month, ticketholders were given a pride flag upon entry. Using the MLB Ballpark App, fans could also purchase special tickets and receive a Rays pride hat similar to the official hat the Rays players wore for the night. Five dollars from each of these special ticket purchases went to the Tampa Bay LGBT Chamber.

Team members and coaches also sported a special rainbow sunburst on the front of their jerseys, as well as on the right sleeve of their uniforms. To top off the celebration, the pitcher’s mound of the Trop stadium was decorated with a rainbow sunburst.

It wasn’t the first pride party thrown by the Rays. They have been officially saluting the LGBTQ community since 2006. But this Pride Night was the first one that garnered national attention due to five Rays players who chose not to wear the pride uniforms.

These five players, all pitchers, are Christians, and they openly and consistently share their faith on their personal social media posts. Accordingly, their beliefs are well-known to most serious Rays fans. So, why was their reluctance to sport pride emblems such a big surprise – or even a problem?

After all, if the Tampa Bay Rays’ organization truly aimed to promote inclusivity and acceptance, then shouldn’t Christian beliefs be included in that inclusivity?

You and I both know the answer to that question is a resounding NO.

In fact, the tolerance of many liberal organizations and their members is actually quite intolerant of our Christian beliefs.

Instead of accepting, applauding, or even ignoring their faith stance, mainstream media has criticized and condemned all five of these players, Jason Adam, Jalen Beeks, Brooks Raley, Jeffrey Springs, and Ryan Thompson, as hateful and intolerant individuals.

Yet, when interviewed by the Tampa Bay Times on behalf of his Christian teammates, Jason Adams graciously and patiently explained that their decision was not a judgmental one but a decision that simply came down to faith. Each of the five Christian pitchers made a personal, faith-based decision to not wear the pride symbols on their uniforms.

“When we put it on our bodies,” said Adams. “I think a lot of guys decided that it’s just a lifestyle that maybe … we don’t want to encourage it if we believe in Jesus, Who’s encouraged us to live a lifestyle that would abstain from that behavior.”

Adams even admitted that as a heterosexual male, he is also compelled by His love for Christ to follow Scripture and abstain from sex outside of marriage.

Simply put, these five men are Christians. They love and serve Jesus, and subsequently, their devotion to Jesus supersedes anything else in life – even their professional baseball careers. 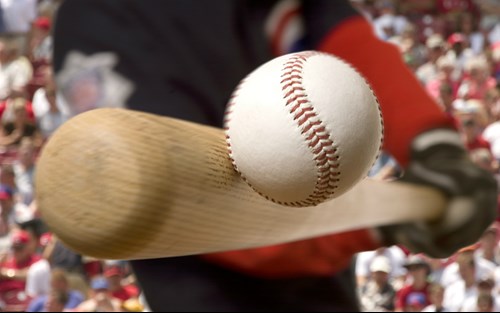 By now, you know I love sports, especially baseball. So, I have spent a good bit of time reading and studying about this entire Pride Night occurrence in Tampa Bay. All my research left me with a few questions.

First of all, why did it take 16 years for professional baseball players who publicly claim to be Bible-believing Christians to courageously take a stand for the scriptural commands against homosexuality?

Here’s another question: Why are we, as the body of Christ, not openly doing the same thing in our own sphere of influence?

And why are we not celebrating and supporting these brave men of God who stood firm in their faith with humility, grace, and love? Why are we not sending texts, emails, and comments to major media sources expressing our agreement with these players?

Seriously, we should be speaking the names of Jason Adam, Jalen Beeks, Brooks Raley, Jeffrey Springs, and Ryan Thompson with honor, especially in the ears of our own little boys.

Some day, our Little League T-ball players might be standing on the pitcher’s mound at Tropicana Field or a dozen other high-profile venues. Will our sons and grandsons become brave men of God like these five men, or will they quietly stand aside and comply as the commands and teachings of God are loudly and proudly trampled in the chalk dust of countless baseball fields around our nation?

Which brings me to my final question: Why were these five men of God standing alone? Where were their teammates? Were there not any other professing Christians on the Tampa Bay Rays’ roster?

If so, then who dropped the ball when teaching and guiding those other men to become brave, courageous, and obedient to the voice of God? Do we blame the parents, grandparents, coaches, teachers, or pastors? Who dropped the ball? And why? Why were those other players not taught to honor God in their homes and churches?

Maybe baseball hall of famer Leo Durocher already answered that question when he said, “Baseball is like church. Many attend, few understand.”

Is ignoring the other side a winning strategy for the Left?

It's common for the Left these days to simply deny that a countervailing argument is real; in their universe, the "other side" simply doesn't exist. Unfortunately for them, the other side DOES exist – and they vote.