Subscribe
A blundering, intrusive government wants to control you

A blundering, intrusive government wants to control you

When governments promise much but deliver little -- and when they seek to control much, but only succeed in controlling the most minute and irritating aspects of daily life -- they lose their legitimacy.

Our government is not competent.

These two statements are both true, and together amount to a nightmare for institutional credibility. A government that seeks more control must at the very least demonstrate credibility in implementing its goals; a government that is incompetent can only regain legitimacy by limiting its authority. And yet we have a government that presents the worst of both worlds: incapacity to perform its most basic functions, combined with an ever-expanding encroachment into daily life.

Thus, this week, the Federal Aviation Administration was forced to ground virtually all flights in the United States after an outage in the so-called Notice to Air Missions systems, designed to warn pilots of weather problems, runway issues or other obstacles. The NOTAM system relies on a reportedly outmoded computer system that has not been updated for years. Transportation Secretary Pete Buttigieg, who is most famous for taking a two-month paternity leave and then bragging about it repeatedly on national television, helpfully commented, "There was a systems issue overnight that led to a ground stop because of the way safety information was moving through the system." He then reported this problem to President Joe Biden, who helpfully commented that Buttigieg ought to "restore the system quickly and safely, and to determine causes." 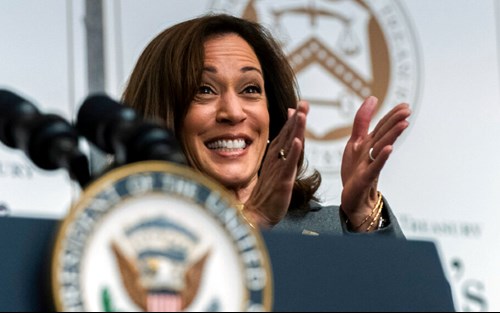 The air traffic control nightmare is but the latest example of a government well over its skis. Whether we are talking about the nation's scattershot but brutal COVID-19 lockdown and mandate policies, its utter incapacity to handle a historically unprecedented flood of illegal immigration across our southern border, railroad strikes barely averted by congressional force or the inability to recruit members of our military, our government seems to be failing repeatedly at issues that implicate core competency.

And yet at the same time our government proves itself shockingly unable to perform its most basic functions, it continues to expand its ambitions. Thus, this week, we found out that the Consumer Product Safety Commission may consider banning gas stoves in the home, supposedly thanks to the risk of childhood asthma caused. There are approximately 40 million households in the United States currently using gas stoves.

When governments promise much but deliver little -- and when they seek to control much, but only succeed in controlling the most minute and irritating aspects of daily life -- they lose their legitimacy. And that is precisely what has been occurring over the course of the last century in the United States. The growth of the regulatory state means that government now reaches into the nooks and crannies of the lives of its citizens -- and yet government cannot actually do the most basic things required of it. The response of citizens, unsurprisingly, is distrust in government itself.

But that distrust does not manifest, unfortunately, in widespread calls by citizens to restrict the size, scope and intrusion of government. Instead, it manifests as a cry to "elect the right people." This is a category error. The problem with our government is not one of staffing, but one of incentives -- and all the incentives are on the side of inefficiency, blundering and encroachment. That is not likely to stop until the American people recognize that they can have competent government or intensely involved government, but not both.

Liberals can misspeak all day and nothing happens. But if someone takes a conservative stand on a moral issue, a media outlet like the Washington Post will do an aggressive takedown if they sniff an error – any error.