National security expert Frank Gaffney is deeply concerned by the inroads China could be gaining through a wildly popular video app – and through personally owned drones from a manufacturer the Department of Defense has blacklisted.

Sen. Mark Warner (D-Va.) joined "Fox News Sunday" last week, admitting Donald Trump "was right" and agreeing with the former president that TikTok is "an enormous threat." National security analyst Frank Gaffney, Jr. also agrees, telling American Family News that Warner's statements to Fox, as a chairman of the Senate Intelligence Committee, were "spot on." According to Gaffney, "TikTok should be banned."

The increasingly popular video-hosting platform is used to share a wide range of content … from pranks, stunts, tricks, jokes, and dance to almost anything imaginable. The platform is particularly popular among adolescents – but, according to Gaffney, it could be doing more harm than most would expect.

"While kids might be tuning in for the silly dance videos," the executive chairman of the Center for Security Policy admits, "they have no idea what's really going on and the implications that might have."

But the Chinese Communist Party (CCP) knows, says Gaffney. "The platform is being used by the CCP in several ways that are antithetical to not only the individual rights of the users, but also to the national security interests of America," he adds.

The Trump administration clearly recognized the national security threat posed by TikTok, issuing an executive order in August 2020 effectively banning that app as well as WeChat (another Chinese-owned app) in the U.S. However, President Joe Biden revoked that executive order in June 2021, saying an "evidence-based approach" should be used to determine if they pose a threat to national security.

As Gaffney explains, evidence enough does exist. "[TikTok] gathers up the personal information on any device to which it's connected," he notes – such as the retinal scan used to open a phone, stored health information, stored bank account information, a person's location, and more.

"[The app] also has the ability to turn on your microphone and turn on your camera as a surveillance collection device, unbeknownst to you," he adds.

Gaffney contends the CCP is "using this big data collection to target Americans, [building] what's been called a digital twin of each individual." The gathered data can then be utilized to "weaponize" efforts against an individual, he warns.

Apart from its information-gathering capabilities, Gaffney points out Tiktok is addictive and "a means of influencing users." Users, particularly those who are young, are being indoctrinated in the process, he emphasizes. 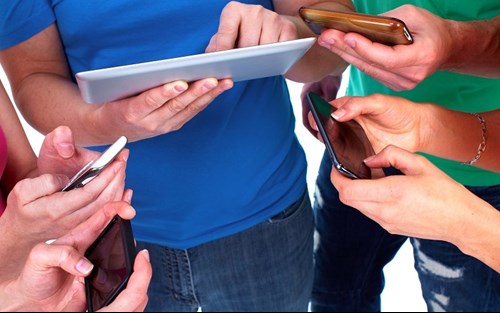 "American kids are tuning into TikTok for hours and hours on end," notes Gaffney. "Sometimes [that indoctrination is] done subliminally and sometimes more overtly, but they are being persuaded not to be productive members of society. They're being given information that encourages them to be indolent."

It doesn't stop there. "They're also getting a lot of propaganda about how horrible the United States is and how wonderful socialism or full-on communism is," he laments – and that translates to "a generation of Americans who are not proud of this country or actually hate the country." The result, says the national security expert, is that people are being convinced that socialism is "a better system."

For Gaffney, the Chinese-owned TikTok is only one of many national security threats facing the United States. Another one includes aerial drones made by the CCP vendor DJI. While the Department of Defense longer purchases or uses DJI drones, the national security expert contends a problem still exists. 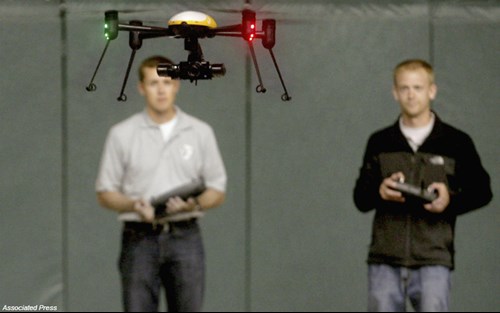 "The problem is that there are thousands upon thousands of them in the country already, purchased by American consumers," he explains. "While they may be considered cool Christmas gifts for us, they're essentially another weapons platform for the CCP."

Gaffney fears the CCP can commandeer the drones at any time to survey and gather information in real-time – or even fly into a structure. "And the fact that hundreds of them are now penetrating closed airspace in Washington, DC, is a great problem," he adds.

"Put all these things together, and we are creating a ticking time bomb," Gaffney argues. And sadly, he's worried the Biden administration is so "deeply compromised" by the CCP that he's unsure how the threats will be resolved.

"The reality is that if the Biden administration fails to take action on these things, it is just further proof positive that it is doing the bidding of the CCP – not just compromised by it, but actually enabling its mortal threat to our country," he concludes.

Beijing emboldened enough to have a 'policing station' in NYC

The Chinese Communist Party reportedly has opened four "police stations" in North America, one of them in the Big Apple. The head of the FBI's main concern, however, seems to be that the CCP isn't coordinating with the American government.