Subscribe
CCP's promise of 'lesson' for Musk a lesson for all

CCP's promise of 'lesson' for Musk a lesson for all

At the same time Elon Musk is promising free speech on Twitter if he eventually controls it, the Chinese Communist Party is openly threatening the billionaire for seeking a peaceful end to war and bloodshed in war-torn Ukraine.

The richest man in the world is not only buying Twitter but he's a frequent poster, too, so he published a poll October 4 that stirred up debate over how to end the military conflict. The poll also stirred up anger in Russia's ally, China.

In a Twitter post responding to Musk and his poll, the former editor of the CCP-owned Global Times complained Musk has “released his personality too much,” which is possibly a reference to using his influence to address the war.

“And [Musk] believes too much in the U.S. and West's 'freedom of speech.' He will be taught a lesson,” the Chinese official warned. 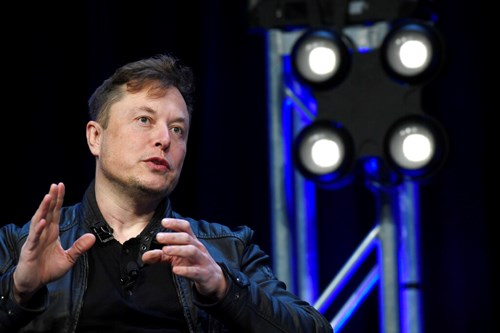 That comment also stirred up Frank Gaffney, a national security analyst who speaks out frequently about China’s cut-throat business influence and its global ambitions. Asked about a “lesson” that could hurt Musk, Gaffney says it could be related to business.

“They've got a lot of leverage on him,” Gaffney advises, “the connection with Tesla sold in China, and manufactured there, and batteries and so on.”

But the Twitter poll had nothing to do with China, at least directly, so Gaffney says the American public should be paying attention to a billionaire being threatened by an authoritarian regime.

“The concern has to be, for all of us, that the Chinese seem to be increasingly emboldened and willing to lash out,” warns Gaffney, “and I fear it's going to get a lot worse.”

Asked about the threat to Musk, national security expert Bob Maginnis says the CCP is becoming more aggressive on the world stage, with no fear of anyone standing in its way.

“They are oppressive to the 1.4 billion people that live in China,” he says, “and given their expansion across the world, they want to turn the world into an authoritarian government. And they want to be in charge of it.”

The one country standing in the way, he adds, is the United States.

A reminder that meaningful change comes from within

An immigration border enforcement organization says it is ill-advised for President Joe Biden to invite those "resisting their conscription" in Russia's war to come to the U.S. for refuge.