A group of military chaplains suing the Pentagon over the vaccine mandate got to explain their defiance in a federal courthouse, where their attorney says he was grateful a federal judge listened to their concerns over the vaccine and a defense of the human conscience.

The Department of Defense (DoD) is being sued by 42 chaplains for violating the constitutional rights and religious freedom of those opposing the military vaccine mandate, which was put in place by Secretary of Defense Lloyd Austin in August 2021.

On Sept. 28, the hearing was held at the Eastern District of Virginia courthouse in Alexandria, Virginia, in front of Honorable Judge Anthony J. Trenga.

The lawsuit is a first of its kind, comprised only of a group of chaplains who have opposed the vaccine on the grounds of religion and more.

American Family News spoke to Arthur A. Schulcz Sr., a Vietnam War veteran and one of the attorneys representing the chaplains. “Since the onset of the vaccine mandate,” he says, “chaplains have been asked to recant their conscience or suffer the consequences.” 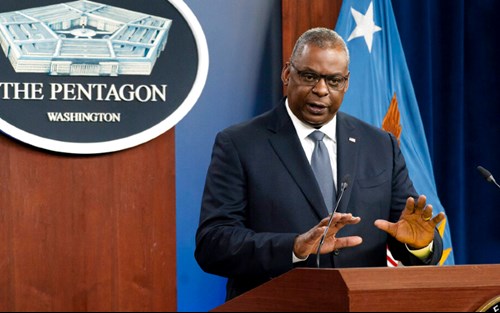 For each of the 42 chaplains involved, he considers their stand against the mandate to be their “Martin Luther moment,” referring to the defiant Catholic priest. In 1521, Luther refused to recant or rescind his position about the Word of God at the Diet of Worms, which led to the Protestant Reformation.

“These chaplains,” Schulcz similarly suggests, “are standing strong to hold up against the overt hostility to religion they are facing.”

Schulcz tells AFN he was grateful Judge Trenga allowed nearly two hours for making their arguments and addressing his questions.

Schulcz hoped the judge would recognize that chaplains’ religious objections are more than a grievance against the use of aborted fetal cells in the testing and development of the vaccines.

“The vaccines the government relies on as historical vaccines that immunize a recipient are not mRNA vaccines, which do not immunize,” he explains.

Rather, they were consistent with the DoD instruction (DoDI) 6205.02, which defines “vaccination” as “[t]he administration of a vaccine to an individual for inducing immunity,” and “vaccine” as a preparation that (1) “contains one or more components of a biological agent or toxin,” and (2) “induces a protective immune response against that agent when administered to an individual.”

According to Schulcz, the first and second clause in the DoD definition establish an “identity relationship” between the biological agent administered, the mRNA, and that agent against which the vaccine induces a “protective immune response.”

Furthermore, he alleges, the mRNA shots do not contain a “single molecule of the COVID-19 virus,” and as a result, he says, “they do not meet the DoDI’s requirements and therefore cannot be vaccines under the DoD’s own regulations.” 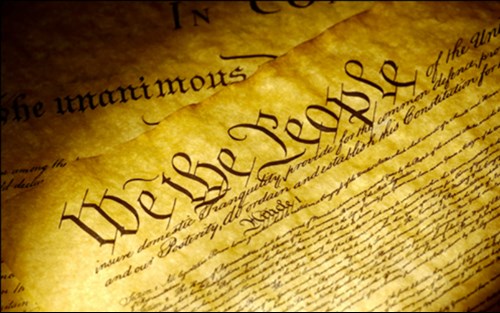 At the hearing, it was explained that the use of mRNA vaccines is a new technology.

“They are uncertain and change the way the human body reacts, which raises questions about the sanctity of the body that God fearfully and wonderfully made in us,” Schulcz argues. “Additionally, this new technology has lots of effects many of which are not understood or are suppressed.”

The attorney contends that this new technology “simply cannot be compared to the classic vaccines.”

The issue for the chaplains, their attorney tells AFN, is an essentially religious issue like it was for Martin Luther, asking: “Who controls your conscience? Is it the Creator whose laws are written on our hearts as Romans 2:15 proclaims and who requires those who believe in that Creator to follow him, or is it the government who can dictate what that conscience holds as right and wrong?”

So the court heard not just a medical-based argument of defining a vaccine but a philosophical argument over mankind’s conscience. That argument was settled with the writing of the U.S. Constitution, Schulcz contends, which means the chaplains are protected by it.

Chaplains should not have to choose between following their conscience, as formed by faith, or forfeiting all that they labored for by serving their nation and its military, he states.

Schulcz and co-counsel Brandon Johnson, of Defending the Republic, are hopeful the judge will make his decision within the next two to four weeks.

Maginnis: Putin a 'desperate' despot who's feeling the heat

A national defense analyst says the Russians are getting desperate to send more fighters to fight in an unpopular war in Ukraine.