Air Force urged to rethink dropping ban on marijuana use

A national security analyst calls it sad but predictable to learn the U.S. Air Force is so desperate for new recruits it is willing to ignore drug use in order to get an E-1 in a uniform.

Major Gen. Ed Thomas, who oversees air force recruitment, told Air Force Times a waiver is being considered – but not yet approved – for recruitments who test positive for THC, the chemical in marijuana that triggers the drug’s high. Drug use in the armed services is banned by the Pentagon but other military branches offer applicants a second chance, with a waiting period to test again. The current Air Force policy requires it to permanently boot a potential recruit who tests positive.

Gen. Thomas told the Times the Air Force was forced to rethink its policy after most states have legalized marijuana use. Those news laws, and the pot smokers who legally light up, became obvious drug the drug testing of potential recruits who arrive at the MEPS, or Military Entrance Processing Stations. 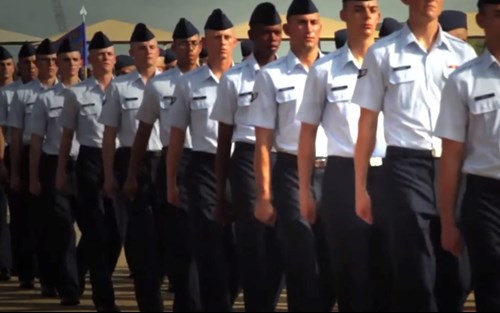 Bob Maginnis, a retired U.S. Army lieutenant colonel now at the Family Research Council, says there is a correlation between drug use and a person’s morals and behavior. So assuming a new recruit will put it down for good, he says, is unlikely and goes against common sense.

“But the services are really in a pinch for qualified good people,” Maginnis says, “and they're obviously willing to compromise their standards."

Back in a May 31 story, AFN reported all branches of the U.S. armed forces were expected to fall short of recruitment goals when the 2022 fiscal year ends Sept. 30. In addition to drug use, obesity, emotional problems, and criminal history were also narrowing the recruitment pool for young adults.

According to a related Military.com story, Air Force recruiters who are already under pressure to sign up future airmen have learned they are being hit with a pay cut, $75 a month, when the fiscal year begins. The extra pay was a small bonus for recruiters who work nights and weekends to help the Air Force meet its goals, the story said.

Maginnis predicts the Air Force will face serious consequences if it turns a blind eye to drug use in order to help fill its ranks with new airmen.

“I've been with the U.S. military for over fifty years,” he tells AFN, “and I've seen the ravages of drug use amongst many people. It's not something we should tolerate."

It is not out of the question, he adds, for the U.S. armed forces to require conscription in the future.

Senate bill would clear up Biden-led confusion re: Taiwan

A former member of the House Intelligence Committee says Congress needs to pass proposed legislation that clarifies U.S. policy regarding Taiwan, counters the Biden administration's conflicting messages, and convinces Beijing the island nation is "hands off."