Travel for unvaccinated soldiers is being affected by a U.S. Army fragmentary order (FRAGO), and now an officer has come forward to explain how his career is being jeopardized as a result.

In an exclusive story, Fox News recently published one of the FRAGOs dated June 16. It reads: “UNVACCINATED SOLDIERS ARE NOT ELIGIBLE FOR OFFICIAL TRAVEL WITHOUT PRIOR-APPROVAL FROM THE UNDER SECRETARY OF THE ARMY.”

American Family News spoke to Captain Chuck Murphy (a pseudonym), who has served over nine years in the U.S. Army. Despite the demands imposed on the unvaccinated, the Army officer says he will remain “100 percent committed” to not taking the vaccine at whatever cost to his career that might be. There is the possibility, he admits, that this stance may result in the termination of his career.

In the interim, he has not been allowed to travel on military orders. “It has impacted me greatly because I have not been able to attend the required training that I need for career progression,” he said. “There are training courses I need to complete in order to advance my career, and I’ve had my reservations for those courses removed because I am not allowed travel.” 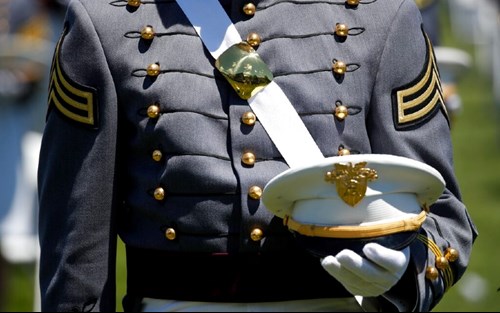 Now barred from attending the training, the Army officer points out he is considered “nondeployable” and therefore his career cannot continue.

He has been granted a specific amount of time to complete the training, but his religious objection to the vaccine and subsequent restrictions on travel are leaving no options to continue his service.

According to the Fox News story, a spokesman for the U.S. Army denied the FRAGO documents obtained by Fox were legitimate. The spokesman did confirm the travel restrictions for unjabbed soldiers.

In Murphy’s opinion, “This is a way of separating individuals who refuse the vaccine without saying they’re separating them over the vaccination issue.”

What’s more, he warns, “it’s obvious that the amount of damage being done to the military by essentially punishing those who don’t have the vaccine is going to be far greater than Covid itself.” And this, he laments, is “not only damaging to careers, but also damaging to military readiness in an increasingly hostile world.”

Neither the Pentagon nor the U.S. Army responded to a request for comment from American Family News.

The cancer-like sickness of left-wing wokeness keeps progressing in the U.S. armed forces, where it is putting millions of lives at risk from U.S. enemies, but U.S. Air Force officers at a vital Pacific Ocean base were assured dropping gender pronouns would make their base more “lethal.”